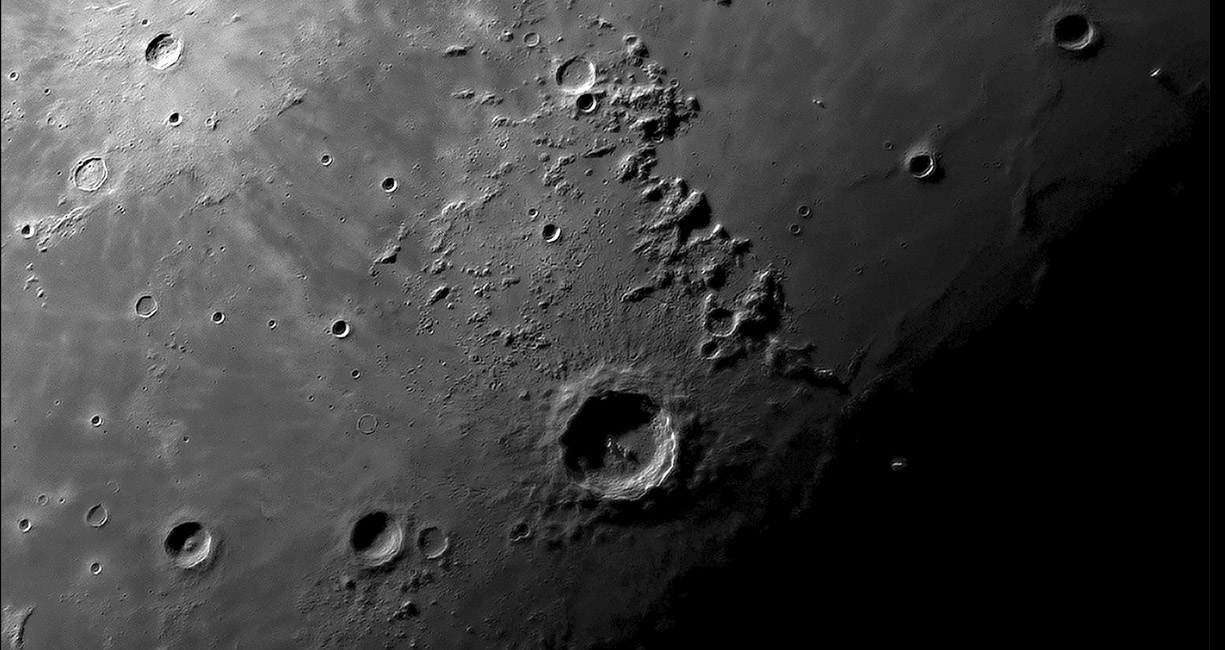 What a history-saturated area. The oldest feature is probably the Carpathian Mountains that were thrown up by the Imbrium Basin-forming impact. It is possible that some of the hills west of Copernicus are older terrain but more likely they are chucks of Imbrium ejecta. Then came the era of mare lavas, with Mare Imbrium flooding the inside of the basin, and Mare Insularum including its domes covering much of the ejecta. Encke, Reinhold and Lansberg formed during and at the end of the mare flows, and finally about a billion years ago the Copérnico, as Jose calls it, impact excavated a huge hole, distributing ejecta hundreds of kilometers in all directions - presumably vertically too. About a half billion years ago ejecta from Aristarchus dusted the area, as did debris from Kepler at some undetermined time. Some small craters, hardly detectable here, formed in the last tens of millions of years, and will continue to.