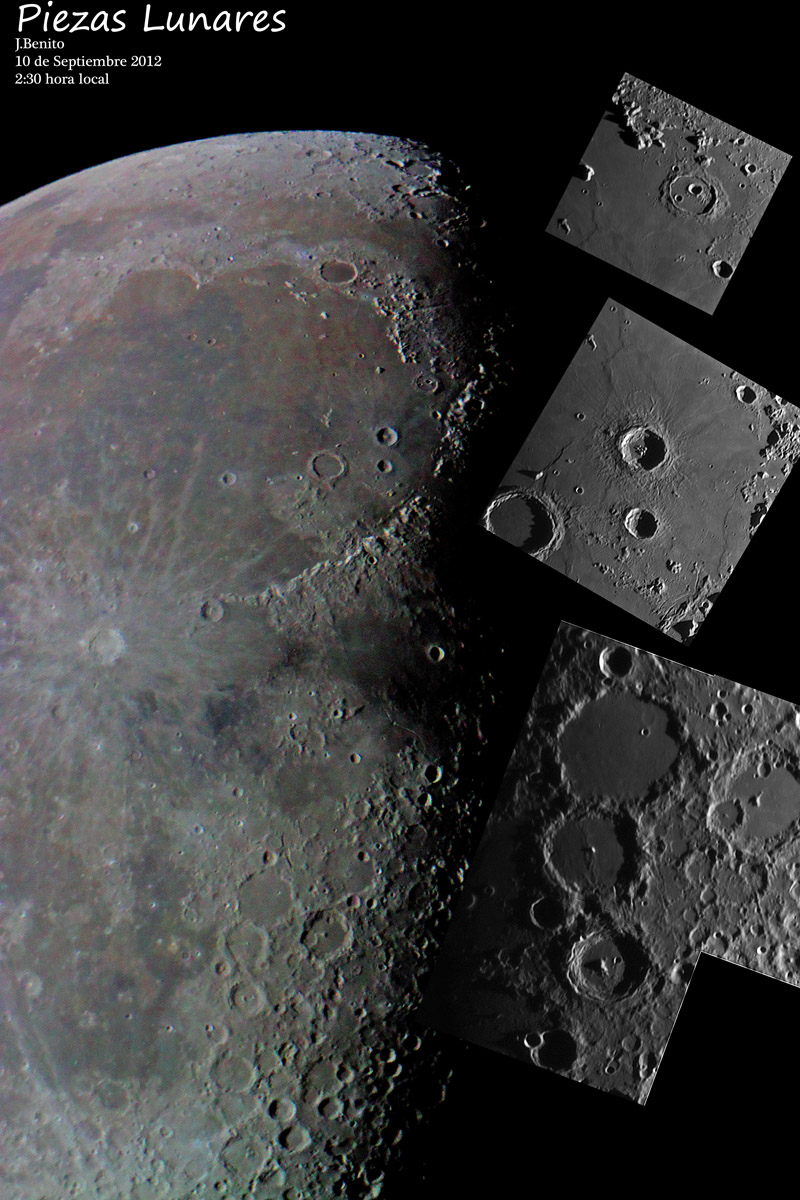 This is the way I observe the Moon. I start with a low power eyepiece that takes in the entire visible globe, looking over the entire area to see what is well positioned along the terminator and I glance around the limb to check for features exposed by good librations. And then, changing eyepiece once, twice or three times I explore individual pieces with increasing attention to details. For example, in Jose's top view of Cassini I would wonder once again about why it has a steep-edged look - is all of the material outside its rim crest its own ejecta? Also, what is the nature of the alcove that Cassini sits in? What caused the break in the Caucasus-Alpes mountain rim of the Imbrium Basin? Moving to the second piece we are confronted again by the intermingling of ejecta between Aristillus and Autolycus - the larger crater is younger but was either an oblique impact? And I can't look at this piece of the Moon without wondering exactly where the Luna 2 debris is. When will LRO scientists discover the crash point of the first human object to reach the Moon? With the terminator near this longitude it is impossible not to linger over the Golden Triad of Ptolemaeus, Alphonsus and Arzachel. There are challenges within each crater. When the Sun is low can I glimpse the saucers that delicately deform the large crater's floor? At higher Sun the dark halos in Alphonsus are usually visible but the small pits at their centers and the linking rilles are always hard to see. A little easier, with the right illumination, is the thin shadow that demonstrates that the rille on the floor of Arzachel is actually a fault, with the western side being higher than the east - the LRO Path tool shows it to be 80-100 m higher.