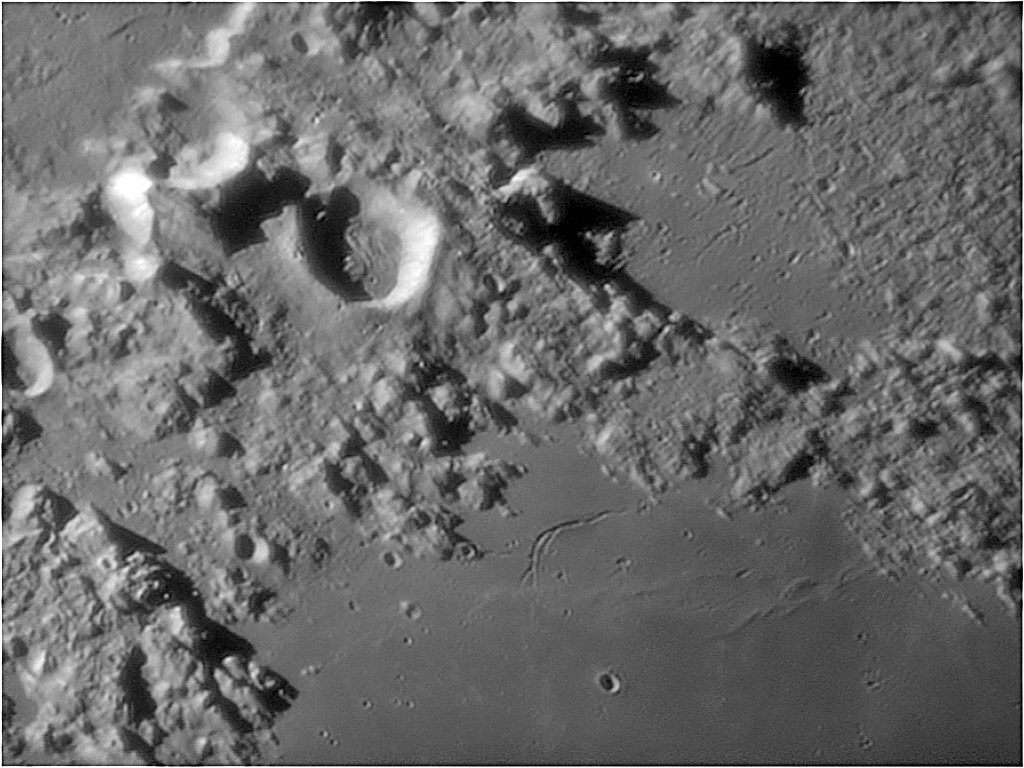 Circular maria don’t have corners, but sometimes there are edges that get overlooked. In the case of Mare Serenitatis, there is much to see at Posidonius and along the albdeo boundary of the northern and eastern shores. But stuck away in the odd semi-circular southern extension of Serenitatis (a smaller, older basin?) is a short segment of a rille named after the nearby Calippus crater. This rille is unusual for it has two or three short tributaries near its southern/western end - I assume that it originally flowed to the north/east but I don’t have topography to check. Tributaries occur for terrestrial rivers that have multiple source areas - rain. The Calippus Rille is not quite a sinuous rille but I’d guess it formed by flowing lava, and most sinuous rilles have one lava source which is where they start. So this is strange. Another reason for thinking it is a volcanically-formed feature is the small dark patch that surrounds its middle. This looks like a tiny exposure of pyroclastic material, but it wasn’t mapped as such by the USGS Lunar Pyroclastic Volcanism Project. The small mare ridge south of the rille is dusted by a ray - an interesting chance convergence of volcanic and impact features. Finally, it seems mandatory to mention that the large broken crater (with secondary crater chains from Eudoxus) to the north is Alexander (a name that seems to deserve a more splendid memorial), and the steep walled pit with a little bit of swirl on its floor is Calippus itself.