A Hill of Speculations 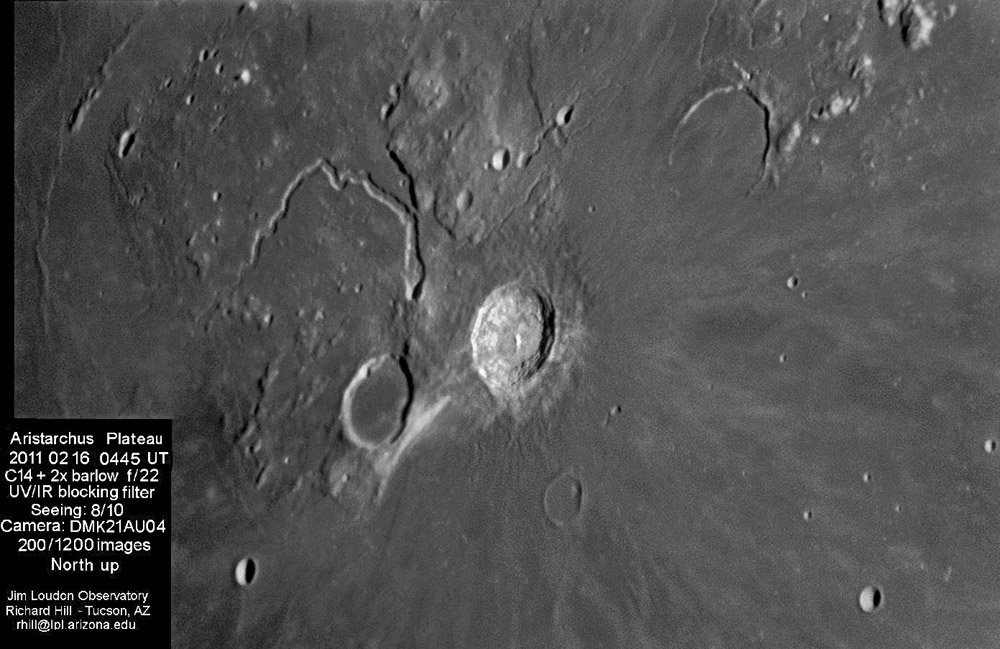 Imagine a time, perhaps 3.5 billion years ago, long before Aristarchus formed, when Herodotus was a deep crater with terraces and central peak. When it, in fact, looked just like Aristarchus. What happened to it? Its smooth skating rink floor shows that lava has filled in the depths, covering the central mountain and terraces. Because the rim of Herodotus is unbroken, the lava must have risen up fractures, as at Plato and Archimedes. Perhaps the lava came from the same source that fed Schröter's Valley and bleed out to make the surrounding mare. But Herodotus formed by impact into the Aristarchus Plateau so the crater must have been formed nearer the end of the volcanic activity that formed the Plateau. In false color images Herodotus is veneered by pyroclastics from the Valley - that eruption must have been subsequent to the lava-filling of Herodtus. So we've built a stratigraphy of sorts but still don't know why and exactly when Herodotus was flooded. On a different note, it is remarkable that two large craters formed near the south edge of the Plateau.

Chuck Wood
There is another piece of stratigraphy that constrains the time of formation of Herodotus - do you recognize it?

Tomorrow's LPOD: What is Hidden Below the Surface?