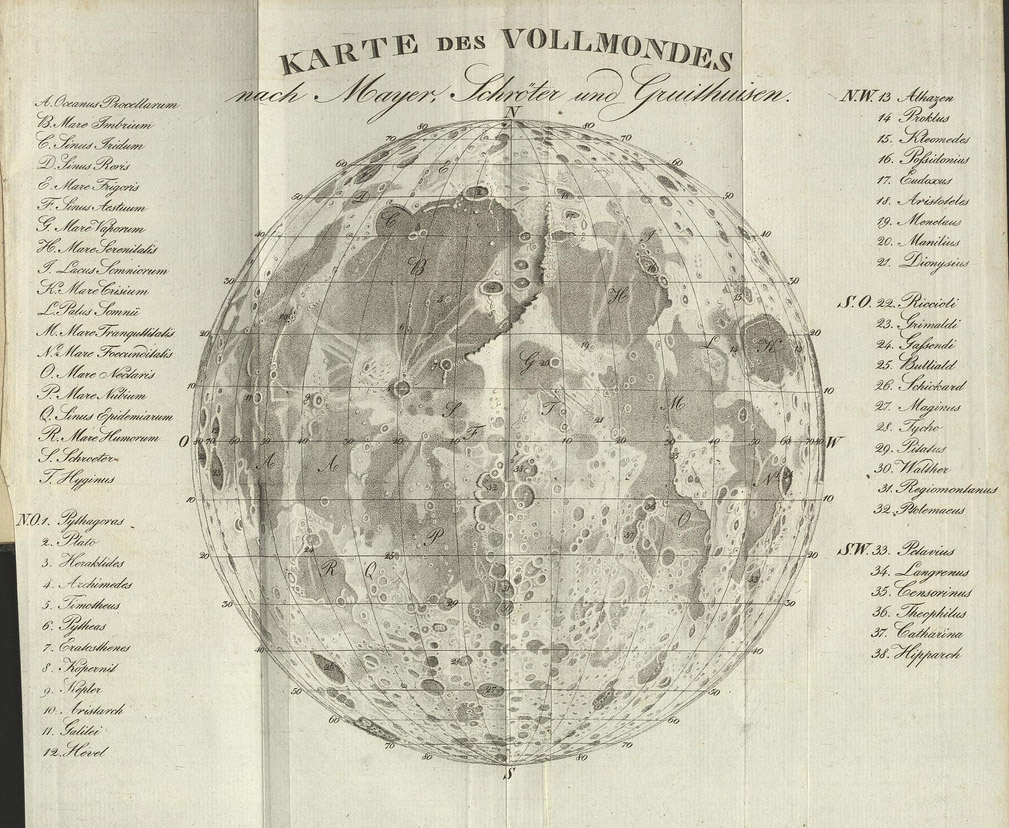 This is probably the first LPOD image that has come from Flickr, but that is where a Google Alert found it for me. The image is in a photostream by peacay, an Australian whose website is of meticulous scans of wonderful graphics from old books and magazines. The Flickr page identifies the engraving as coming from Popular Astronomy by ML Frankheim, 1829, Braunschweig. I've never heard of Frankheim but suppose he compiled an atlas of copies or variants such as this "Map of the Full Moon after Mayer, Schröter and Gruithuisen". Schröter did make a new engraving of Tobias Mayer's chart, as did Gruithuisen, and all three maps had south up as the Moon appeared in telescopes of the Day. The fact that this map has north up suggest it may have been made by a cartographer more familiar with Earth maps than lunar observing. The map shown above seems to be most similar, if not identical, to Gruithuisen's map, with the addition of 57 named features on the margins. It is a simple and clear map and would be of some use at the telescope. But it also indicates how little detailed guidance that observers had to the myriad of lunar details before the masterful map of Beer and Mädler.

Note
You may have noted that the LPODs from 2006 and 7 have disappeared - I am trying to recover them. Also, the Search function on the menu to the left no longer seems to work. These are examples of the value of books - typically photos and indices and everything else remain safely available for hundreds of years, no matter how technology changes or self-corrupts.

Tomorrow's LPOD: Ridges On a Limb