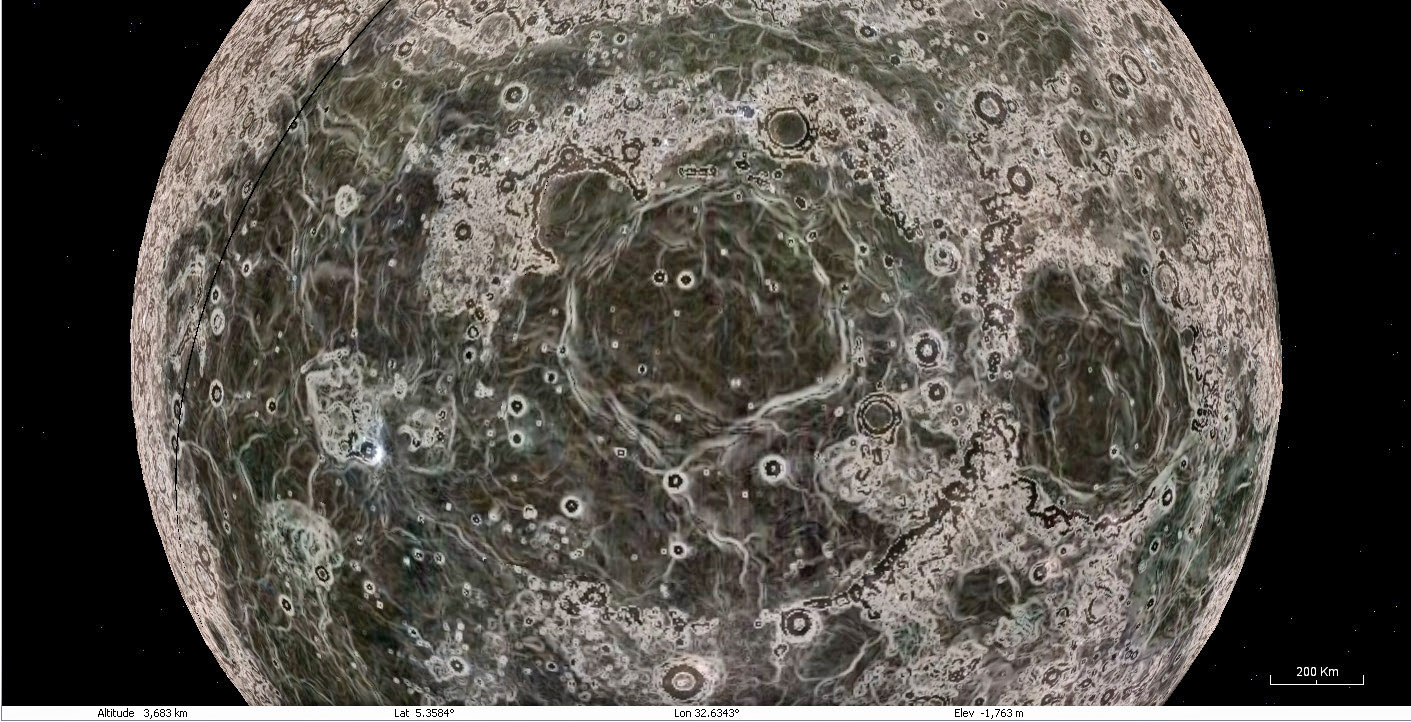 Can you figure out what this image shows? The way Maurice assembled the image is explained below but the fundamental quantity shown is slope, with 0° slopes (completely flat) depicted as black, and slopes of 5° and larger being pure white; gradations of gray are for slopes between 0° and 5°. The maria are dark, meaning that they generally have low slopes (as we know), and the spider webs crossing the darkness are low mare ridges. There appear to be more faint gossamer-like ridges than are are commonly seen, but it will be necessary to compare particular areas with low Sun images to make sure. Perhaps all of these subtle ridges have been previously imaged, but only with a map like this (or similar ones) can they be seen across the entire Moon. I am uncertain of exactly what the image depicts because what appear to be the inner walls of craters - and hence steep areas - are often depicted as very dark, as are the edges of the Apennine and the Haemus Mountains; this needs to be looked at in closeup to make sure we understand what is depicted. One unexpected thing (and there are many newly seen details to check) is an elliptical ring near the north end of Mare Serenitatis that appears to be a large crater. Is this a previously undetected ghost crater, or an over-interpretation of spider webs?

Technical Details
Image constructed with iliads software with slope min (0°) black and max (5°), white; anything over 5° is white. Used the iliads "lunar" gray overlay at 50% opacity and a color Clementine hiding underneath which shows through slightly greenish.