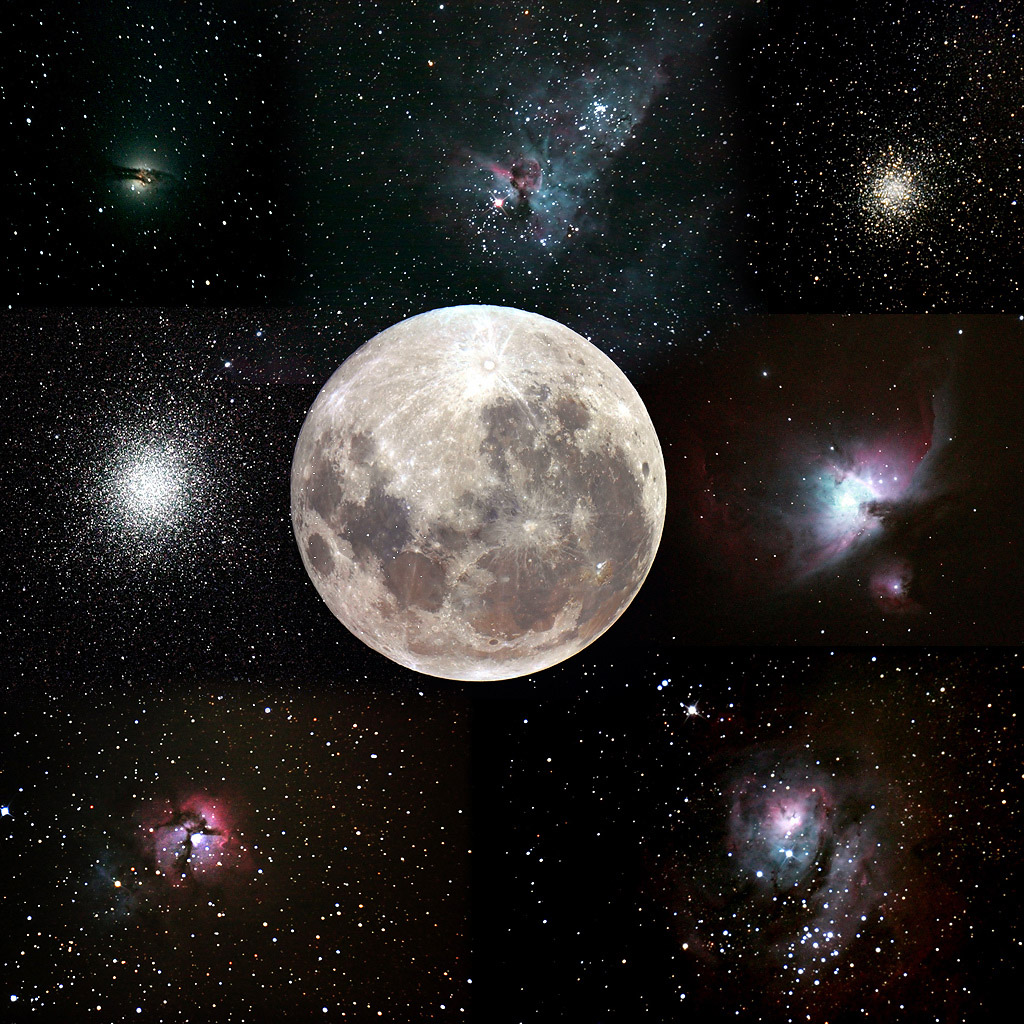 Sometimes LPOD features images with a planet near the Moon, which always emphasizes how small and relatively free of detail everything else in the solar system is compared to our illustrious Moon. Tom now allows this comparison to become cosmic with his remarkable collection of same-scale images, all obtained with his 12" Goto Dobsonian telescope and Canon EOS 550D camera; the exposures ranged from 1/500th to 10 seconds. I think this illustrates that the Moon continues to be the most fascinating telescopic object in the night sky. There are thousands of features to see on the lunar surface, all changing their appearance as the Sun rises and sets over them and the Moon's librations shift them around. The cosmos, as represented here, has more intense color (in images, not eyeballs), and some individual features are about the Moon's angular size (and gaseous nebula such as the Bernard Loop are even bigger - although vastly less visible visually). But I have a hard time spending more than a few minutes looking through the eyepiece when my telescope is pointed towards the most spectacular deep sky objects like the Orion nebula or M22 (unless making a drawing). Observers of faint fuzzies may rightly point out that the nearby galaxy M31 is 8 times larger than the Moon, but they must also admit that far fewer details can be seen than can be imaged. The biggest observable night sky feature - the Milky Way - circles the entire sky and contains many thousands of telescopic objects, but whenever the Moon is in the sky it can't stand the competition and disappears!

Tomorrow's LPOD: Not in the Textbooks