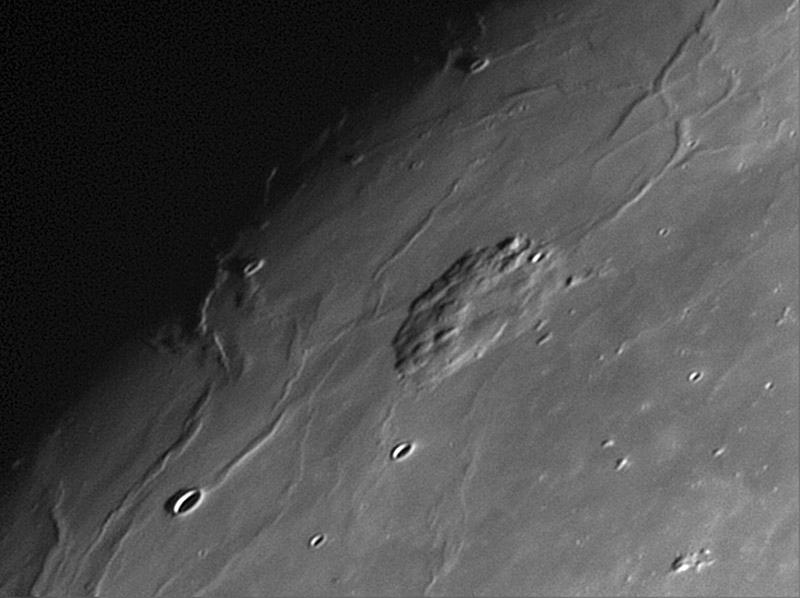 Rümker is a strange landform. A pile of domes, mostly with very low slopes, a few a little steeper. LPOD has talked about Rümker before so this time we'll look at the mare surface here. The mare ridges overall are part of a large semi-circular arc that has been hypothesized to be an inner ring of a putative Procellarum basin. But the ridges have deviations from a pure circle. For example, near top right two ridges form a rough circle as if they mark a buried crater, but I don't think that is right. Two other ridges at top center are angled 30° or so from the main ridges. There must be a force that caused the ridges to form at that angle but we may never know what it was.


Yesterday's LPOD: A Piece of the Moon