Which Way is Downslope? 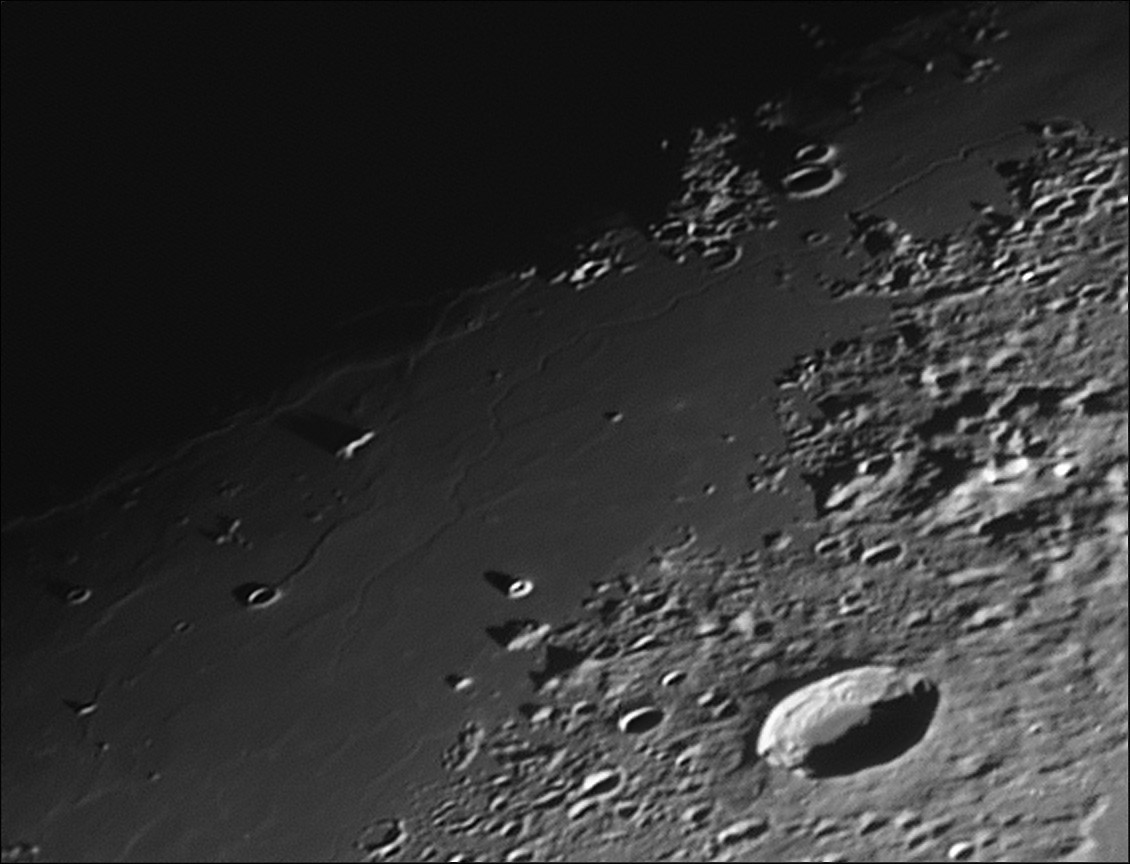 image by Stefan Lammel, Uxbridge, England. Mairan is the crater at lower right.

There are 111 named lunar rilles and most are challenging to observe and image. Like craters, most attention is focused on just a few famous ones (Hadley, Ariadaeus, Hyginus, Petavius), and the rest are overlooked. One of the difficult ones is the Sharp Rille in north-eastern Oceanus Procellarum near the western shore of Terra Laboris. This is a languorously sinuous rille that appears to start at a circular pit just at the top right of Stefan’s image, and according to a recent estimate by Jim Mosher it flows about 270 km towards the south. Although the general nature of sinuous rilles is well understood from modeling and observations of terrestrial lava tubes and channels, the explanation of the details of rilles is often uncertain. The Sharp rille is wide and relatively deep for its first 50 km (between the two headlands, but then makes a strange large detour around a small crater and continues southward as a less deep feature, finally disappearing a little south of the steep-sided volcanic cone image shows very narrow rilles filling part of the gap. This lead me to speculate that the two big rilles may once have connected, but that seems unlikely because the head of the Mairan Rille is at its south end. Once we get good topography of this area (from Kaguya or Chang’e) we will see which way the terrain slopes. Since both the Mairan and Sharp rilles seem to flow toward the gap between them, presumably that is the lowest local area.