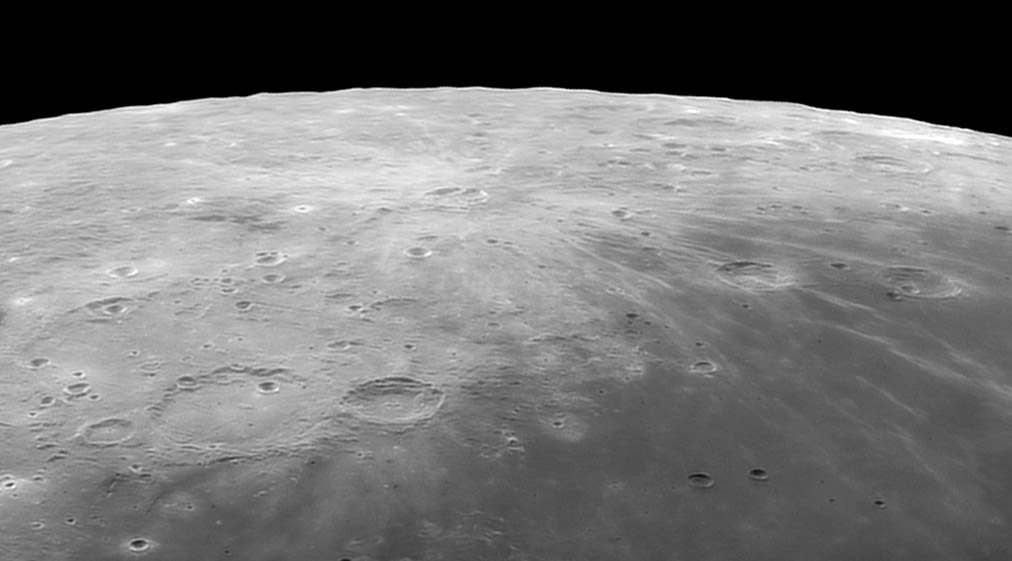 A bright ray crater near the limb. Can you identify it without Rükl? I used to know it as Olbers A, but since 1993 it has been Glushko. With this lighting it seems like there may be one or more craters on top of it, but vertical spacecraft views reveal that it is another oblique impact with notches in its rim. Its rays are not splayed equally in all directions, and few come southeastward to Hevelius and Cavalerius near bottom left. South (left) of Glushko is a cheerio crater - cheerio for the American cereal, rather than the British greeting. I refer to the sharp-edged, bright nimbus ring around a small, dark-interior crater. Another, less well-defined, is a little further south. The bright craters provide contrast to the nearby small dark patches of mare lava on the northern floor of Hedin.

Related Links
Rükl plate 28
The Minsk Miracle Imagers' original mosaic that this images was cut from.


Yesterday's LPOD: A Beacon in a Corridor of Murkiness