At the Edge of Certainty 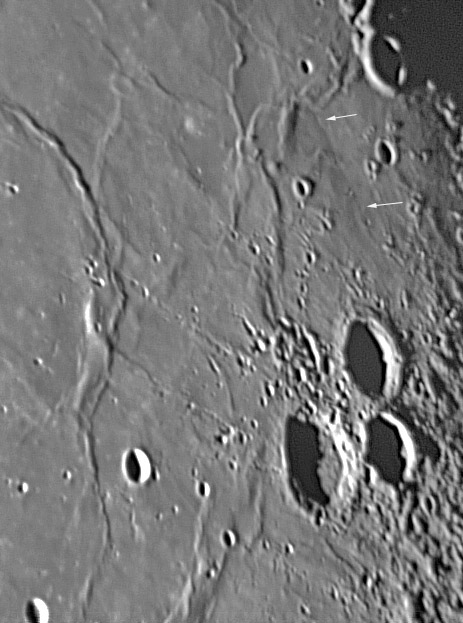 KC Pau discovers rilles. In 2004 he imaged a very faint rille near Lassell crater in southern Mare Nubium. This was later recognized as a rille that had been sighted nearly 100 years earlier by Elger, but it was faint and uncommonly reported. Now KC has imaged another rille that seems to be unknown. This is southwest of the crater Webb (top right), north of Langrenus. Like the Nubium rille this is at the edge of certainty and looks almost like a sharp crease in the surface. At a somewhat higher illumination angle it is not visible, but on a Consolidated Lunar Atlas plate with very similar lighting, but lower resolution, there is a suggestion that the surface is dimpled downward along the rille. This is a real feature, the question is was it really unknown until last December 7th?

Yesterday's LPOD: A Rille That Doesn't Know What to do with Itself

Tomorrow's LPOD: Four in a Row