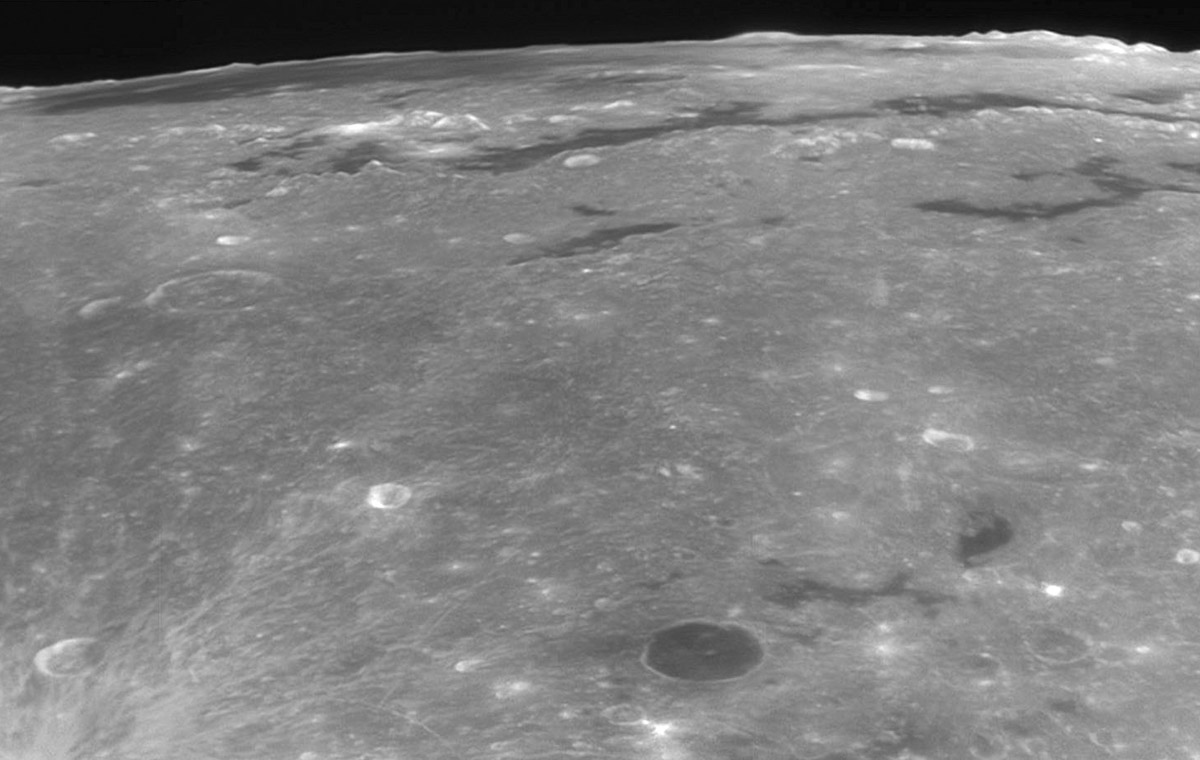 This excerpt from the middle of a mosaic by Sean has two things that set me thinking. First, is the fact that I don't recall noticing before the Darwin Rilles (bottom left) as bright lines - in the old days of film work these could be mistaken for hairs or scratches on the negative. Often linear rilles are radial to a basin, but neither of these segments is radial to the center of Orientale - on the horizon. The other thing I thought of is that the distribution of mare material within Orientale is certainly non-symmetric. This image shows the small central mare, and the stringers of dark lava along the Cordillera and Outer Rook basin rings, and that is just about all there is. The marvelous LRO mosaic confirms that essentially there is no dark lava other than that seen in Sean's image. Why is that? First, the Earthward side of Orientale has plenty of mare material, both exposed and somewhat covered by Orientale ejecta, so mare erupting magma was nearby. But a more fundamental reason probably is that the crustal thickness quickly increases from the nearside to the farside in this area. The Kaguya crust thickness map shows that the crust is about 55 km thick near Darwin, but about 85 km thick just beyond the western rim of Orientale. So Sean's image provokes an observation and a questions, and very quickly an explanation - that is good return from a few minutes admiring an image!

Related Links
Sean's Solar System Gallery (all photos taken from Manchester, NH) and the larger mosaic from which the LPOD image was extracted.