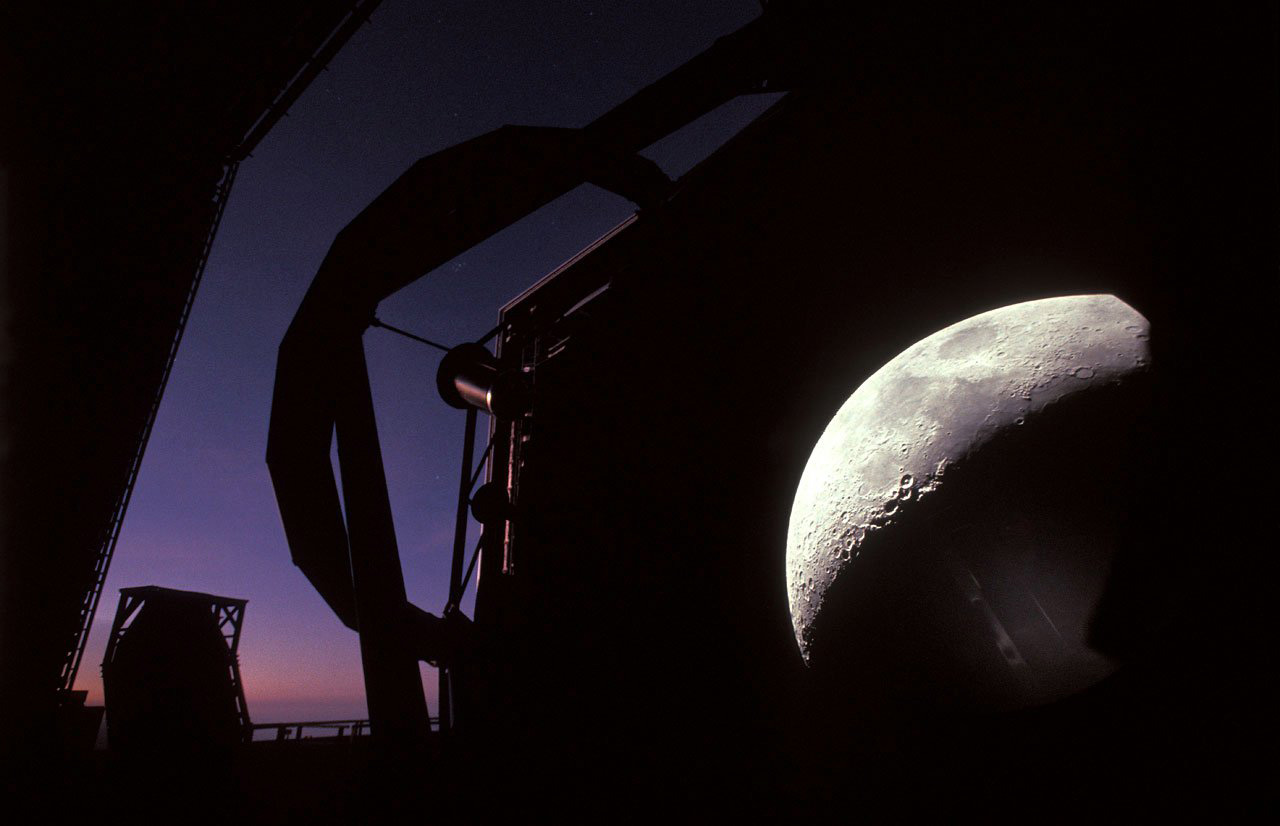 With all the large ground-based telescope now springing up on mountain tops around the world, it always seems a slight waste to me not to have them point at the Moon once in a while at least. I know they are for delving deep into space to the edge of the observable universe, but to turn it on the Moon is something I would like to do if I had control of one for just one night. In this image above of the Paranal Observatory at the European Southern Observatory's Very Large Telescope in Chile, they used the 8.2 metre to project the Moon's light onto a glass screen at the Nasmyth focus, producing an image of the Moon 1-meter (3-feet) in diameter!
Now that is using a very big gun to shoot an image of the Moon!