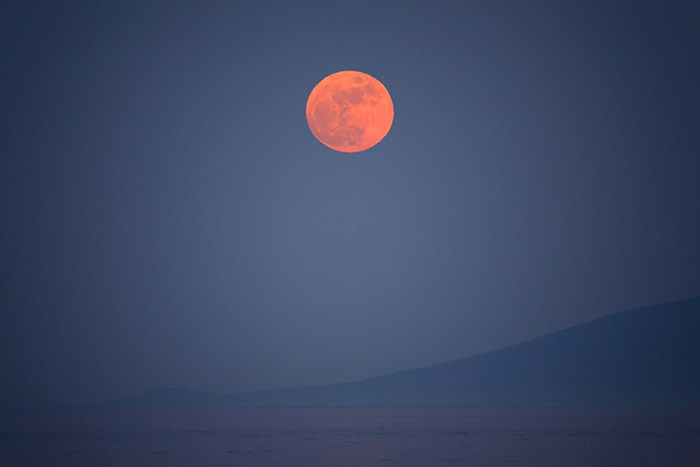 It is rare to celebrate the 2500th anniversary of anything, but something as momentous - but apparently overlooked - as the Battle of Marathon is worth commemorating. Earlier this year Anthony realized that the anniversary was coming so he went to the plains of Marathon and shot the rising Moon, whose blood red color reminds us of the carnage of battle. Supposedly the Battle took place on September 12, 490 BC. Ten-thousand Athenians plus 1000 men from the Greek town Plataea defeated the much larger army of Darius of Persia. If the Greeks had not stopped the Persians, the flowering of Greek democracy, philosophy, arts and science that spanned the next few hundred years may never have occurred. Greek ideas strongly influenced the Romans, were liberating concepts during the Renaissance and guided Americans in creating a constitution. If you haven't become engrossed with Greek history I encourage you to read one of Mary Renault's historical novel's, such as The Last of the Wine.

Chuck Wood
Update: See discussion for arguments that the 2500th is really next year!

Related Links
Anthony's webpage for this image.
Marathon, Moon and an alternative date for the battle.