Sunset on the Wasatch Mountains 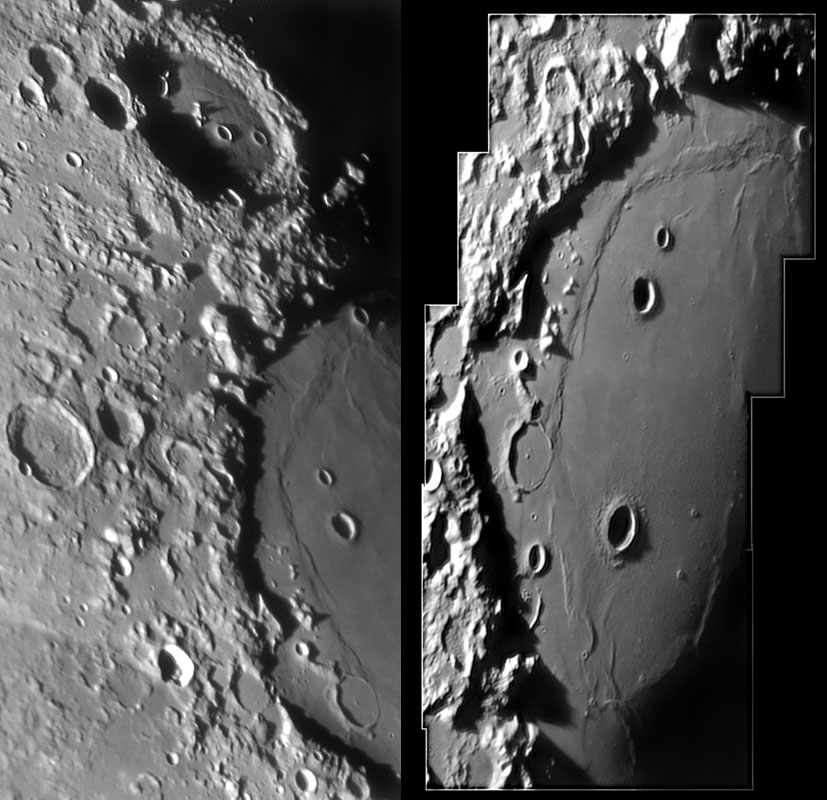 Although basins are the biggest impact features on the Moon, on the nearside we get to see relatively fresh rim segments only at the Altai and Apennine mountains. At other basins the rims are much reduced in height or virtually gone altogether. Crisium is an intermediate to young basin that still preserves a massive rim nearly all around the mare. Using the Lunar Topographic Orthophotomaps (LTO) at the Lunar & Planetary Institute it is possible to get a firm understanding of the dimensions of part of the Crisium basin rims. The main rim – which lacks a name so I henceforth call them the Wasatch Mts – rises 5.4 km above the nearby Mare Crisium west of Yerkes and 5.0 km above the mare west of Swift (Peirce B). Interestingly, the Oppel mare ridge - the wrinkle ridge between Swift and the basin rim and continuing on down between Picard and the rim – marks a 350 m step down to the central part of the mare. The mare surface to the west of the ridge is 4100 m high, the ridge crest is 3960 m, and the mare to the east is at 3750 m. We lack such excellent topo maps for most of the Moon so we can’t confirm that all other mare ridge basin rings are also faults – but it is a good guess!

Tomorrow's LPOD: On Approach for Landing