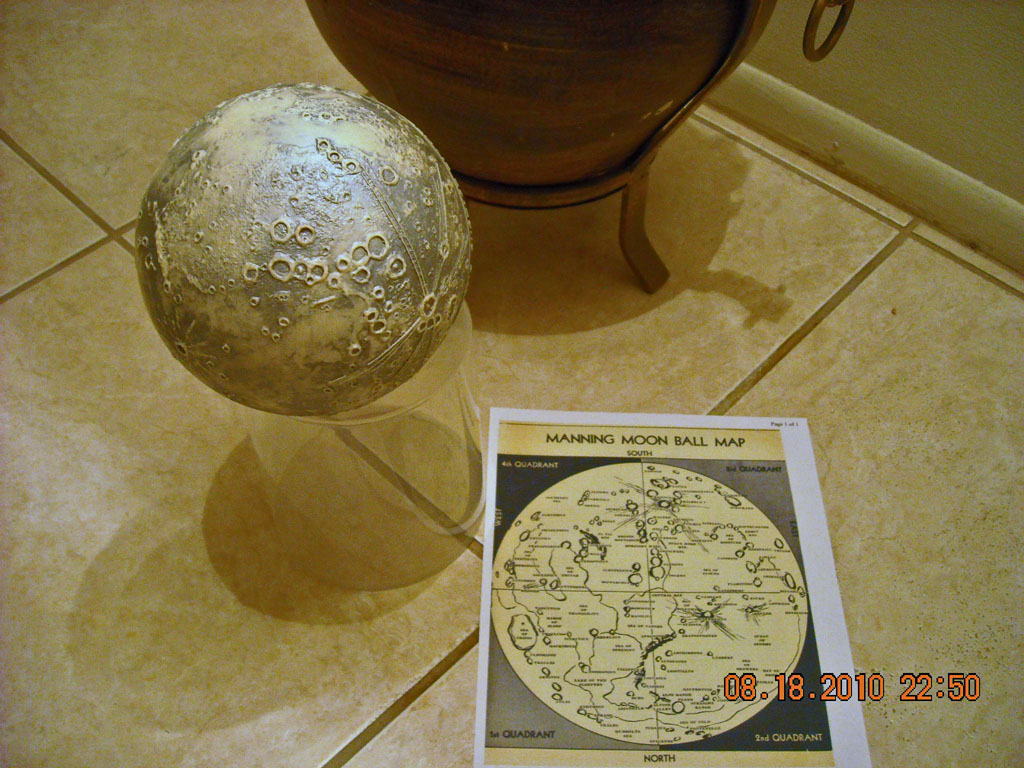 Last year a map of the Manning Moon Ball appeared on LPOD, and now here is the ball itself! Harvey Keith is trying to find an appropriate value for the globe and map before placing them on eBay. I find no previous sale listed and I've never seen one. So although it was apparently for sale in the 1950s and/or 1960s, and presumably a number existed then, it is totally unclear what it's value is today. From the photo the globe looks to be made of plastic and has nicely exaggerated raised crater rims. Tycho and its rays are at right and Ptolemaeus is near the center of the globe. I vaguely remember seeing advertisements for these Moon Balls but a quick search through the new Sky & Telescope digital index did not find any. I did see that a Frank Manning often advertised to buy and sell telescopes, including a 16" reflector in 1968. If anyone has any information about the Manning Moon Ball, when it was sold, and how much it might be worth now, please let me know.