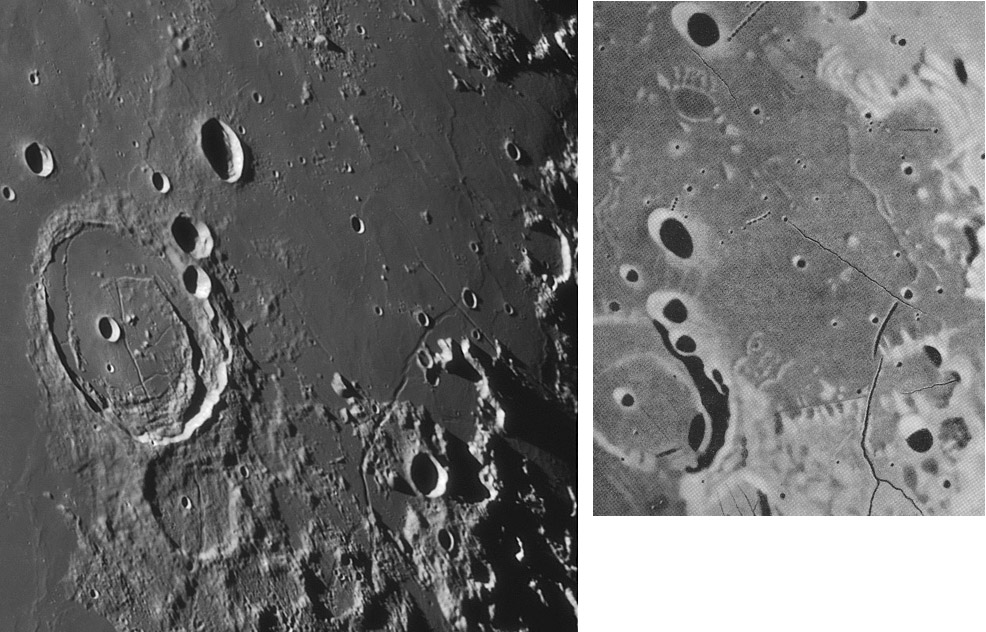 left image by Michael Wirths (Baja Dark Skies Inn, Baja California, Mexico) and right from Krieger as shown in the book Shrouds of the Night

Johann got it right. Johann Krieger's observations of delicate rilles more than 100 years ago compare very well with today's best images. Unlike previous mappers who came to the eyepiece with a blank piece of paper, Krieger brought enlargments of photographs obtained with large telescopes. Because long photographic exposures were required then the photos were of low resolution, but they did show the correct sizes and positions of major landforms. Johann concentrated on sketching in subtle features such as these rilles in Lacus Somniorum. Comparison with Mike WIrths' great image from three years ago shows that both the large G. Bond Rille and the narrower and little known nearby rilles were correctly depicted by Herr Krieger. Rather than saying that there is nothing new under the Sun (or on the Moon), we should remember that most maps from 100 years ago generally didn't depict the details right. Krieger did, at least in this area.

Tomorrow's LPOD: An Egg in the Nest