Lunar Mosaic of the Day 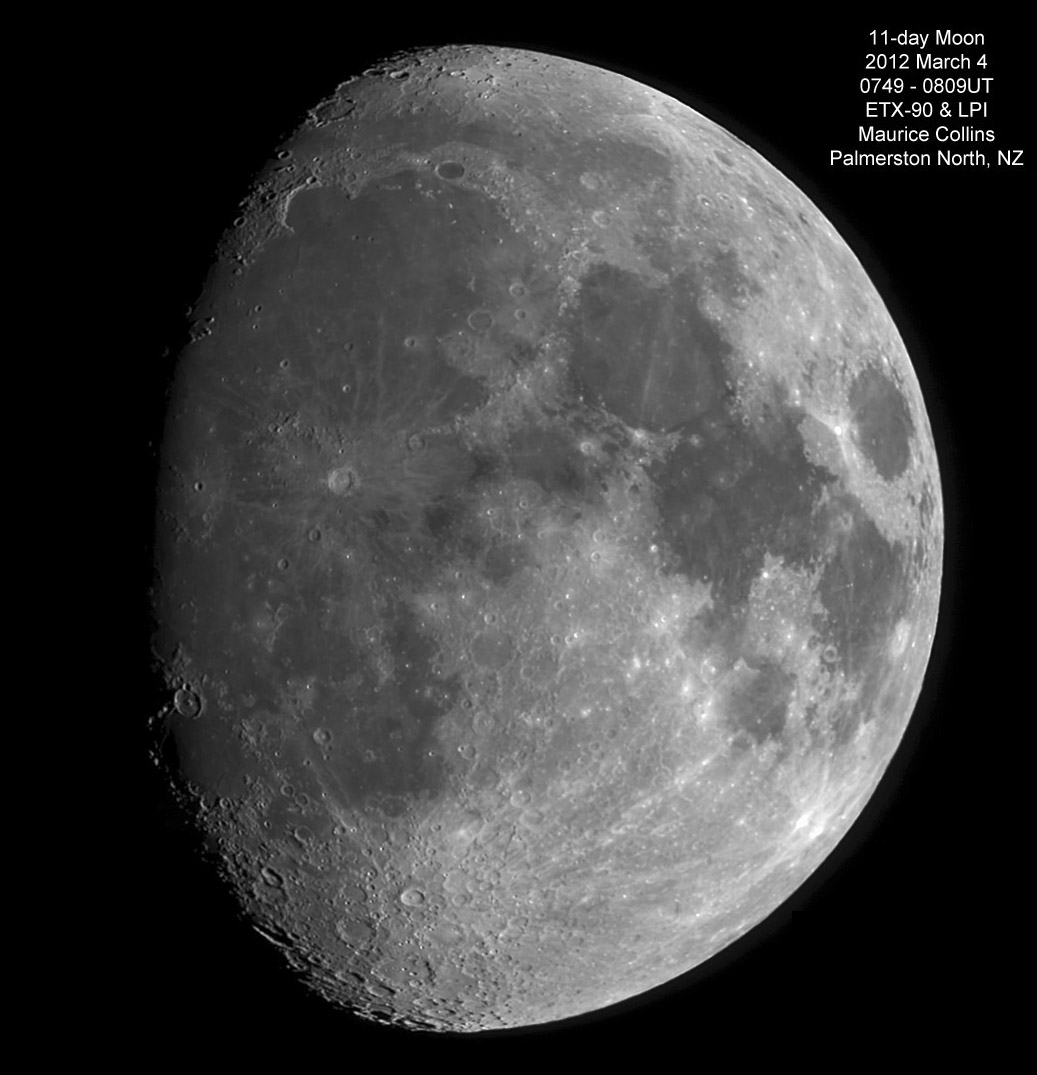 Maurice is one of a number of observers who routinely capture a mosaic of the entire Moon. These have value as a record and so I have decided to add a companion to LPOD called LMOD - Lunar Mosaic of the Day. Maurice's image for March 4th, shown here, was captured with a 3" Meade ETX, a grab and go lunar scope. By chance, on the same day I also received another mosaic acquired on March 3rd by Andre van der Hoeven in Holland. His was a much larger effort, requiring stitiching together 107 image panels captured with a Celestron 11". Both of these images and any future ones received are accessible by clicking the 2012 Archive link in the menu bar to the left. This is the standard way to see an image calendar for LPODs, but I have added a LMOD calendar under the LPOD one. You will see two thumbnails there for the first two LMODs in what I hope will become a daily tradition. Please submit images with north up and annotate the details on the image as Maurice has done. I will not write a descriptive text for LMODs. Only one LMOD will be added each day, although if multiple ones are submitted, all other things being equal, I will use one from a new contributor to LMOD. I will do this as long as mosaics are provided, and if it doesn't take me much additional time every evening. I like it because I live in a cloudy part of the world and often forget what the Moon looks like for days at a time. And I also like that LMOD gives another opportunity to recognize more lunar imagers. What do you think - is this useful?