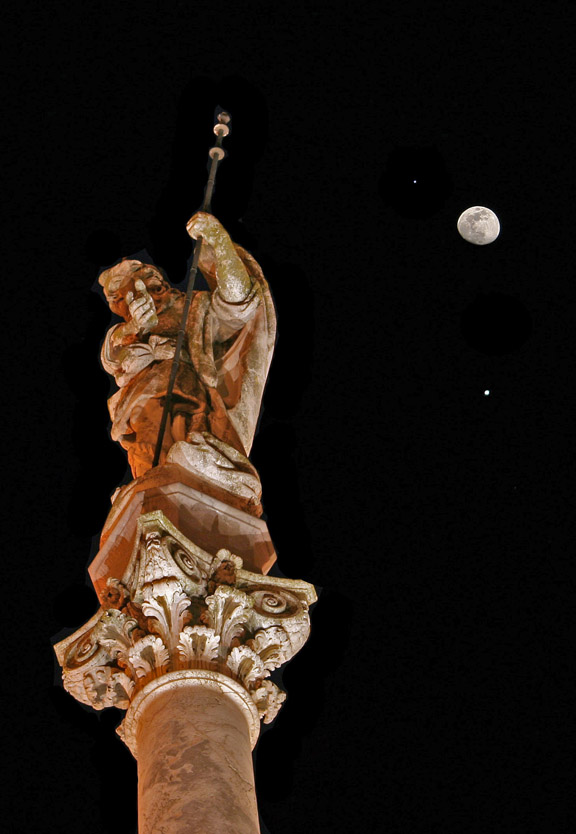 It's not often that LPOD publishes an image on the day it was taken, but it happened today. "Today" means January 19, when Paco captured the Moon and Mars above a statue of Saint Raphael in Cordoba, Spain. And "today" is a few hours later when I write this caption in West Virginia and post the image for LPOD. And since LPODs now are posted when I finish them, instead of when the computer's clock says it's midnight, Paco's image is available to late night visitors on the evening he took it. And what does it show? The nearly full Moon with Mars about 3.5 lunar diameters nearer the ground. Is the star above the Moon Beta Tauri? As I worked on Paco's image it began to seem that the Moon was a spherical lamp that had fallen off the top of the Archangel's staff, with Mars and the star being shards. Perhaps the breakage is a small price to pay, for Raphael is said by some to be the angel of science.