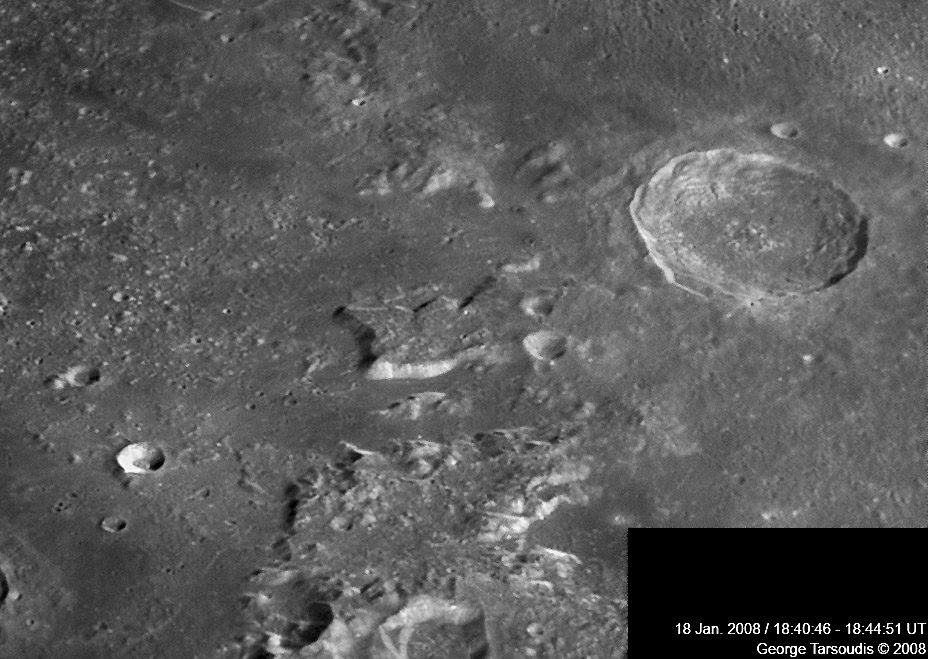 Nearly every piece of lunar terrain was formed by impact or volcanism, and has been modified by one or both of these processes. But the 50 km long, steep-sided plateau west of Eudoxus is strangely different from most impact and volcanic landforms. This is the northern end of the Caucasus Mountains and so is related to impact because it is apparently part of the rim of the Imbrium Basin. There appears to be a general lowering of topography toward Laméch, the 13 km crater at the eastern end of the plateau, consistent with it being ejecta on top of an uplifted rim. But what sculpted the sharply-defined sides of the plateau? It's possible (but just speculation) that the slightly curved western end is all that remains of a steeply-dipping crater such as Calippus, shown at the bottom edge of the image. The bright, south-facing scarp is similar to, and parallel to, the many faults that cut the Apennines and Caucasus. The hidden north side is more complex, bearing two straight-edged notches. I suppose this distinctive feature is really just an ejecta/rim block, and its peculiarity is due to its isolation by faulting. It looks like the low regions to its south and north were faulted down and then covered by basalts, that were later dusted by crater ejecta; the two dark halo craters reveal the buried dark lavas. Now we only need to wonder why these areas faulted downward, and I've fresh out of speculations.