A Third Gander at Neander 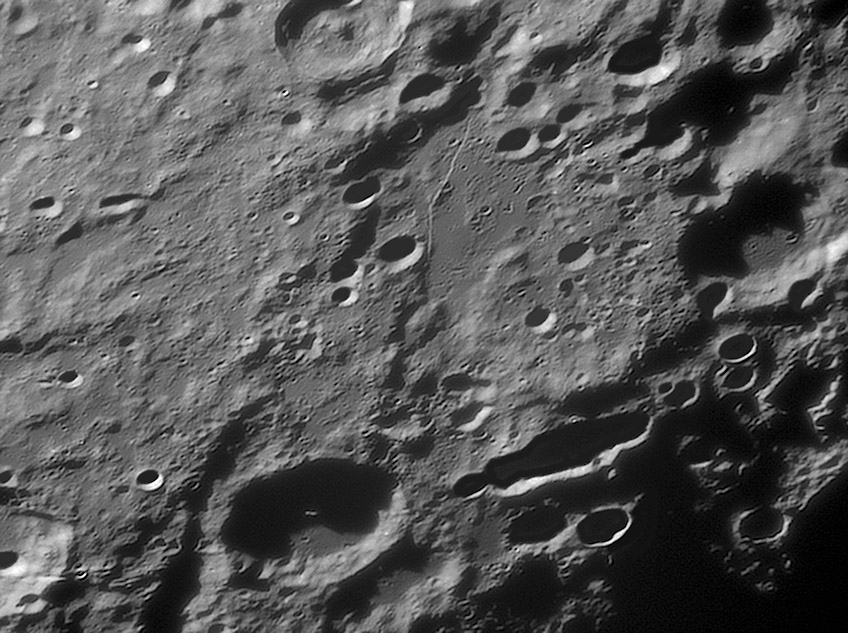 This little fault seems to escaped detection by most classical selenographers and Apollo scientists, but has been discovered a couple of times by LPOD contributors. Jim Phillips imaged it in 2004, and someone else did two weeks later (but I can’t open that LPOD - does someone else have a copy?). Now Bob has acquired an excellent image that reignites interest. Previously I speculated that one arm of the feature was roughly radial to Nectaris and that it may be related to the formation of that basin. And it may be, but the smooth surface that the southern part of the fault cuts seems like it is sparsely cratered and could be younger than Nectaris. Another possible origin is even more speculative. My friend Alan Binder published a paper 20 years ago suggesting that there is a large number of small and recent faults in the highlands of the Moon - perhaps this Neander fault is one of them. Alan argued that the faults were due to stresses induced by the early totally molten Moon, and that they are evidence that seismic activity might still be occurring. Alan’s book November_25,_2006 relies of such faulting for its climax. This Neander fault is larger and morphologically different than the typical faults Binder mapped, but its origin is uncertain and it provides a good prop to hang a story on.

Yesterday's LPOD: A Lunoid and Lava