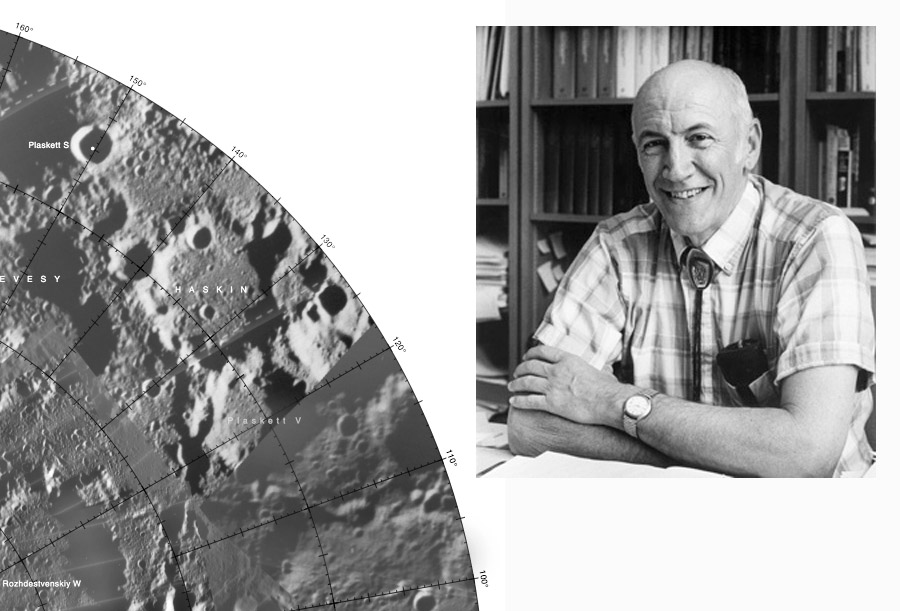 When Riccioli gave names to craters in 1651 many were for his contemporaries, scholars he knew. This is happening again, with the recent addition of Graham Ryder in 2006 and now Larry Haskin. Larry was a highly-regarded lunar geochemist who was a major - and friendly - contributor to the Lunar and Planetary Science Conference for decades until his death in 2005. The IAU officially gave his name to a farside crater onJanuary 22, 2009 along with 18 other scientists, most Nobel Prize winners with no association with the Moon. Larry's work on the Moon included many important discoveries, with the recognition of the Haskin to the Lunar Wiki. The crater Haskin is a degraded 58 km wide feature, about 10° degrees from the north pole.


Yesterday's LPOD: It's Only a Paper Moon