The Eye vs the DTM 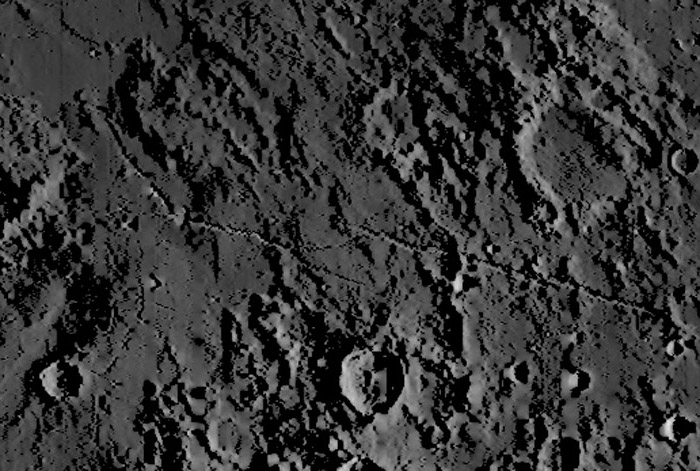 Observing tonight for the first time in more than a year (because the cheap mount for my 6" Intes F/12 broke) I looked closely at the Hyginus Rille area. The most conspicuous feature was the odd, now dis-named Sneckenberg feature - an old crater crusted over with Imbrium ejecta. But the Hyginus Rille was also fascinating because of a conspicuous broad dome just east of the crater itself. The feature was indicated by a slight brightening on the east side and a wisp of a shadow on the west. Clearly the rille bisected this rise. I had never seen this visually before and can't find an image with this lighting to see if it has been caught with electrons. But it shows up beautifully on the synthetic image constructed by Maurice from the digital terrain model (data) from LRO. The dome is about the same diameter of Agrippa, but because of its shallow slope rarely (if ever) appears in even low Sun images. The domed area north of Triesnecker was also just visible, although the rilles were not. It is intriguing that tonight's illumination clearly revealed in a small telescope a feature that seems hardly known, but is confirmed with the LRO data. Perhaps it is still possible to visually or photographically discover topographically low features whose detection is immune even to high resolution spacecraft imaging. Of course, LPOD's knowledgeable readers may come forth with documentation of previous identifications of this Hyginus Rille dome, but at least for one evening it is wonderful to have glimpsed something that is little known.

Chuck Wood
PS- I just found Stefan Lemmel's image taken with very similar lighting to my observation but with much better resolution. The fact that the rille-cut dome is not visible on his image almost makes me question my interpretation; I hope some imager got a high resolution view tonight. And in a few months, significantly more LRO altimetry data will be released and Maurice can refine his synthetic image.

Technical Details
My observation was made with at 160X with an 8" f/10 TAL 200 K telescope graciously given to me by Tom Dobbins.