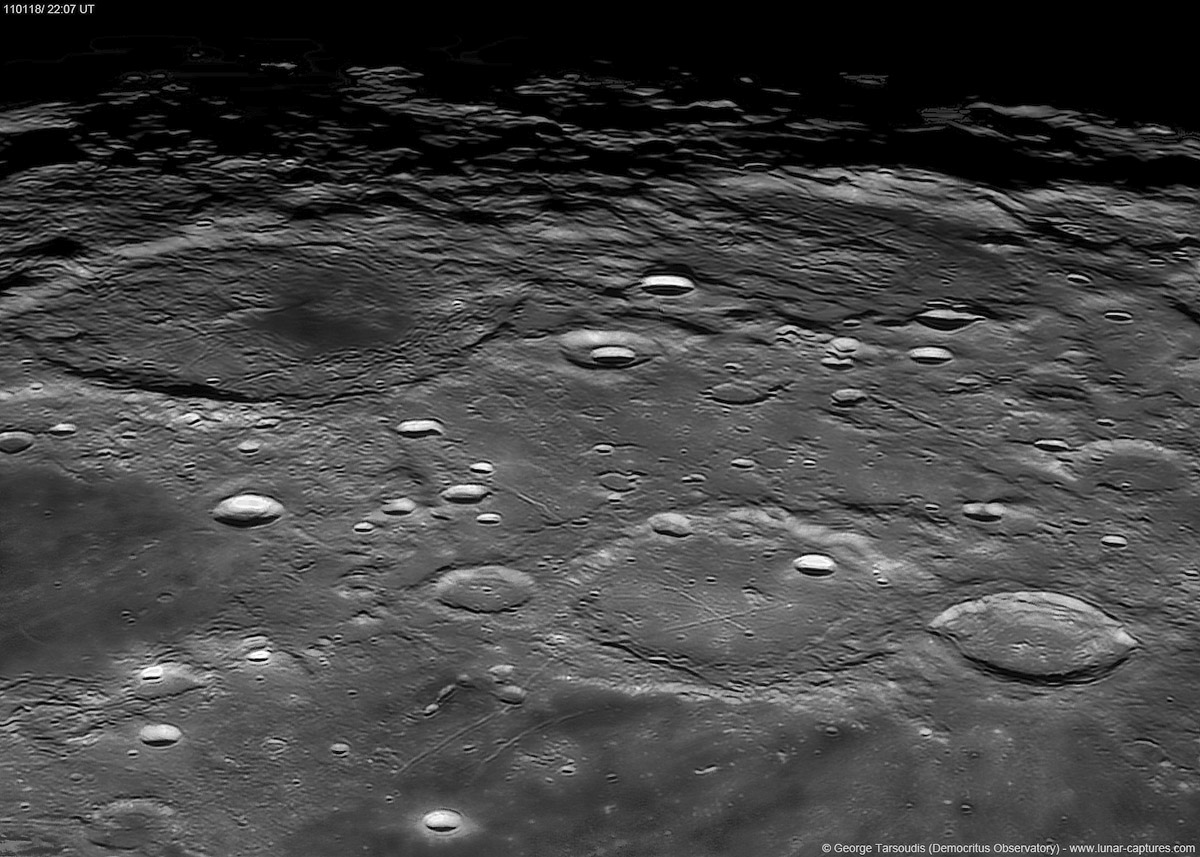 Linear rilles are commonly interpreted as troughs that collapse over dikes - vertical sheets of magma - that push apart the crust. It is not always understood what causes the stresses that lead to formation of the dikes, but many are roughly perpendicular to the western shore of Oceanus Procellarum. Examples include the rilles in and near Hevelius and Riccioli, imaged by George. The rilles crossing the floor of Hevelius form an X with a bisecting rille passing near the middle. If each one of these rilles marks a minimum stress direction this seems to indicate that there were different stress field over time. We don't know why that should be but probably could make up stories to explain it. A rille outside Hevelius trends in the same direction as one on the floor, and heads toward Riccioli, where some short segments seem to go the same way. Ejecta from the Orientale Basin and dark lavas obscure a patchwork of rilles on Riccioli's floor. Some of these rillelettes have the same orientations as ones in Hevelius suggesting that the stress fields are somewhat regional and not just due to characteristics of the craters. On a different topic, did you notice Miyamori's Non-Valley?
Chuck Wood


Yesterday's LPOD: Why Volcanoes Are Where They Are

Tomorrow's LPOD: Green, but not Cheese