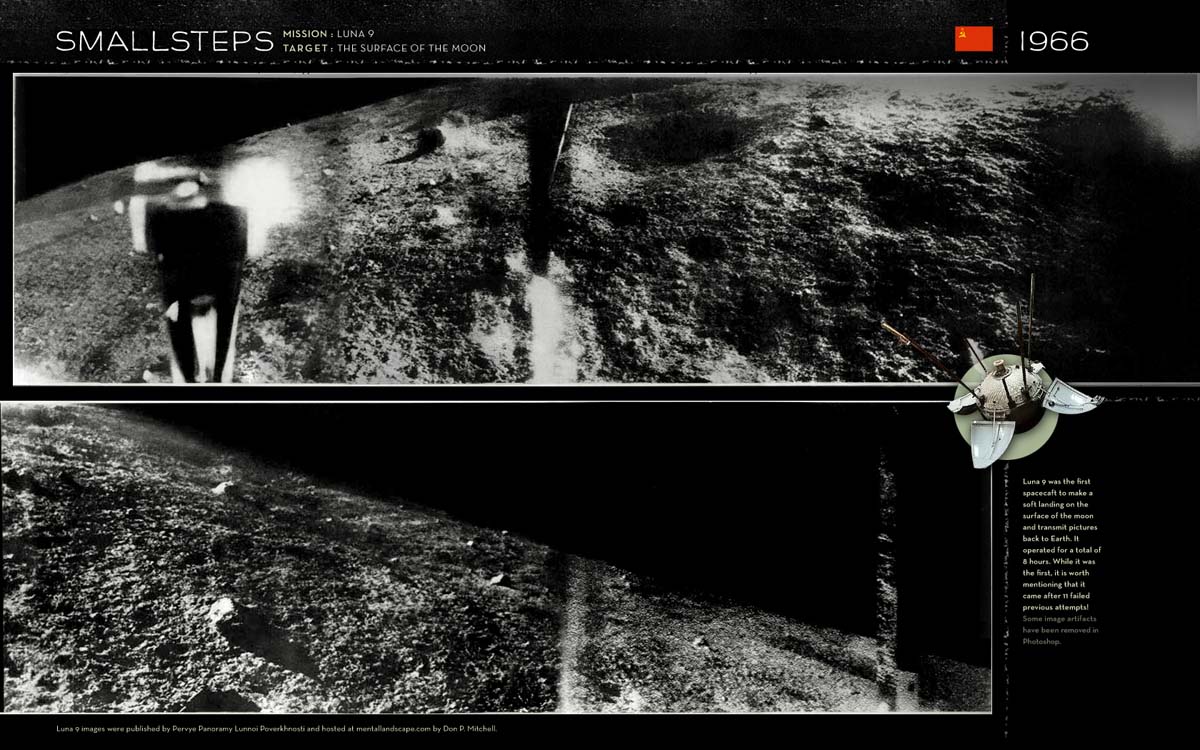 Today marks the 45th anniversary of the Russian Luna 9 (Lunik 9), the worlds first softlanding on another planetary body - our Moon. The landing helped spur on the Space Race as another step on the road to the Moon. Luna 9 landed on February 3, 1966 at 18:55 UT in Planitia Descensus the "Plain of Descent" near Cavalerius and Reiner Gamma in Oceanus Procellarum region. The first images sent back were intercepted by the Jodrell Bank radio telescope observatory near Manchester in England, and they were turned into images using a fax machine. However they did not know what aspect ratio the Soviets were using for decoding the images. The resulting image which was released to the press ahead of the Soviets showed a much more rugged moonscape than in the image above. The Soviets were not impressed. But the world got to see the lunar surface earlier than would probably been the case. Luna 9 transmitted back three complete panoramas of the surface and moved slightly between the first and last pan as it settled on the lunar surface. Luna 9 was great achievement, one of the first small steps on the road to the Moon, and our first look at the surface before Surveyor starting in May 1966 and later Apollo 11 in 1969.