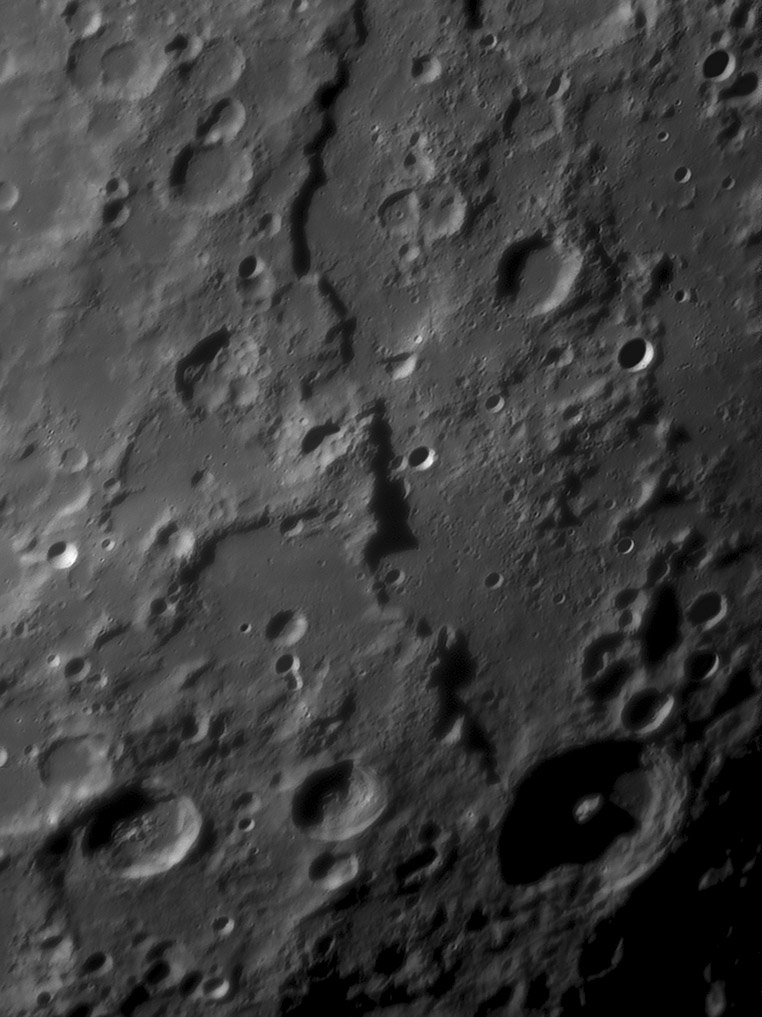 image by Bob Pilz
Across the central highlands of the lunar nearside there are a large number of similar looking, and because of that, rather boring craters. Nearly all of the craters on the left half of this image fall into that category. They are typically a few tens of kilometers in diameter, have muted inner walls, no central peaks and smooth floors. These are craters that are old enough to have been significantly modified by erosion, much of which happened in discrete instantaneous events when ejecta from the Nectaris, Imbrium and Orientale basins fell out of the sky as hail storms of fluidized particles. These rocky materials flowed downslope from where ever they hit, smoothing out crater walls, and filling in low spots - including crater floors. Because almost all of the larger craters in this view have been smoothed by basin ejecta we can infer that most middle sized to large craters formed before these basins did. And since basins formed about 3.8 b.y. ago and earlier, the rate of impact cratering since then must have been drastically lower. If the cratering rate was the same after the basin events as before, there would be many more unmodified craters, similar to the three near the bottom.


Yesterday's LPOD: How Big the Moon?