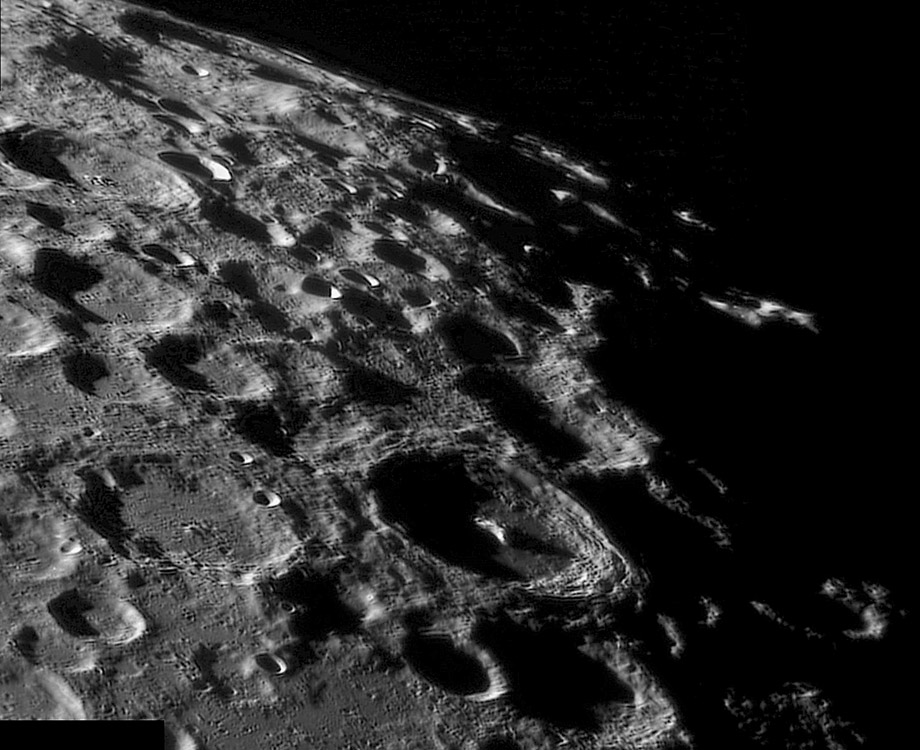 Near the bottom-middle of this view is Moretus, the Tycho look-alike near the lunar south pole. Just to the west (left in this south up image) is Curtius, a basically similar complex crater that has been aged by Tycho debris and other indignities of time. Curtius has been shallowed, its off-center peaks are just visible, and most of its terraces have been smoothed, with part of its rim crest scarp remaining. George has noticed the small slightly bent crater chain at the bottom of Curtius' floor, which shows up better on his image than on a Lunar Orbiter mosaic. This is presumably a secondary crater chain but its origin is a little uncertain. The top end of the chain is approximately radial to Moretus, the youngest large crater in this area, and that is probably the source for the projectiles that made the chain. The bottom end of the chain is less radial, which causes the questions. But remember that the crater chains and lines around Copernicus are not all radial either. A nice LRO WAC mosaic centered on this area would probably solve the very minor mystery, as well as providing the best ever image of Curtius!

Chuck Wood
PS: THANKS for the 10 different image submissions received over the last two days!