In the Thick of It 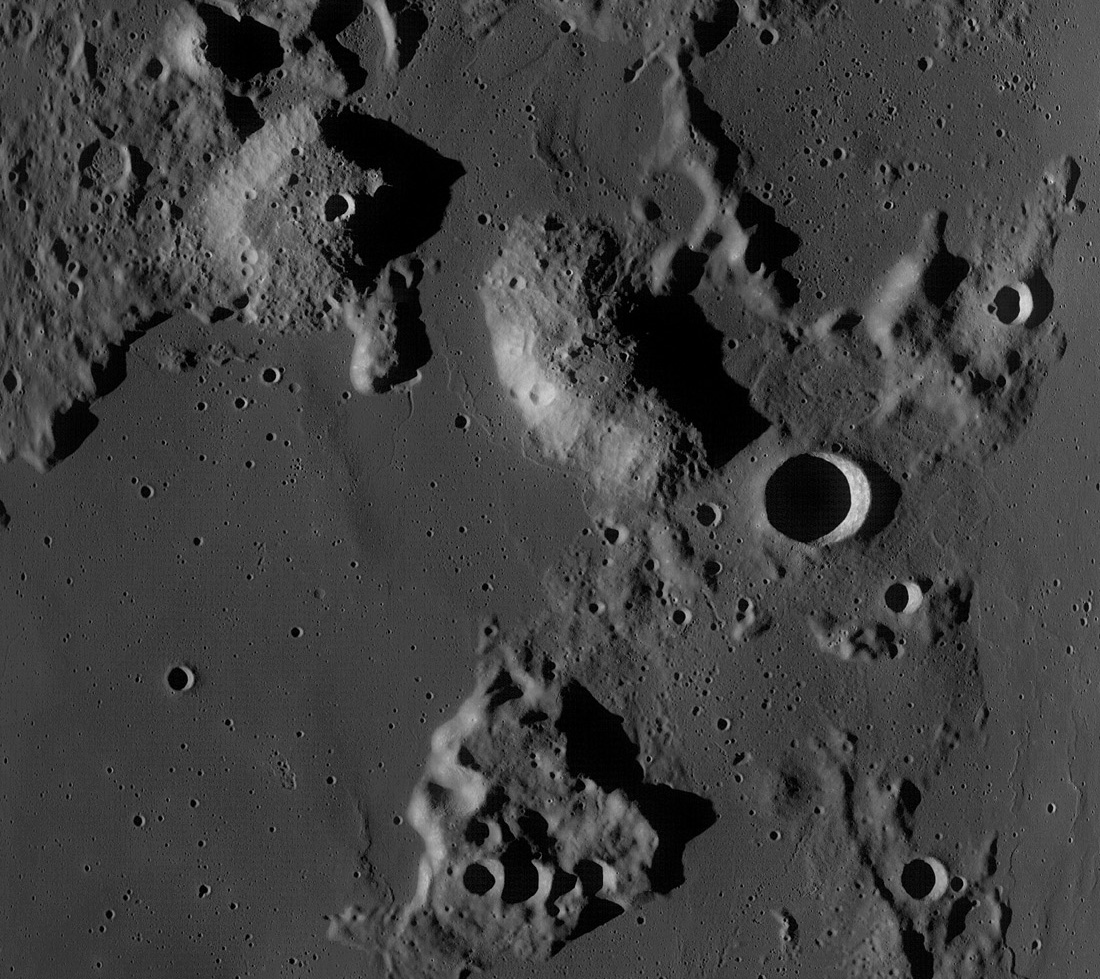 image by LRO/WAC from Rick Evans

This is the bulbous Mons Gruithuisen Gamma and Delta region from LRO Wide Angle Camera. What makes these mountains different to most is that the Gruithuisen Gamma may be a region of volcanic mountain building rather than impact uplift. Also the domes have steeper sides than normal mare domes and those of the Marius Hills The Gruithuisen domes have a unique morphology, and are lighter in albedo, they are bright in the red and infrared-ultraviolet color difference images, which could mean they are composed of thicker low temperature lava high in silicates, rather than high temperature basaltic lava as is usual for low profile mare domes. The more viscous lava flows could have allowed it to build steeper sides as it is thicker and stickier and the flow rates are lower. It is thought that some of the craters on top are vents rather than impact craters. It will be interesting to know with the higher resolution of the WAC that they are still considered such. In Head and McCord (1978) they state that non-mare extrusive volcanism may have continued until 3.3 to 3.6 billion years ago in this region of Oceanus Procellarum. Mons Gruithuisen Gamma is about 1200m high. It will be interesting to see what the M3 data will show for this region.