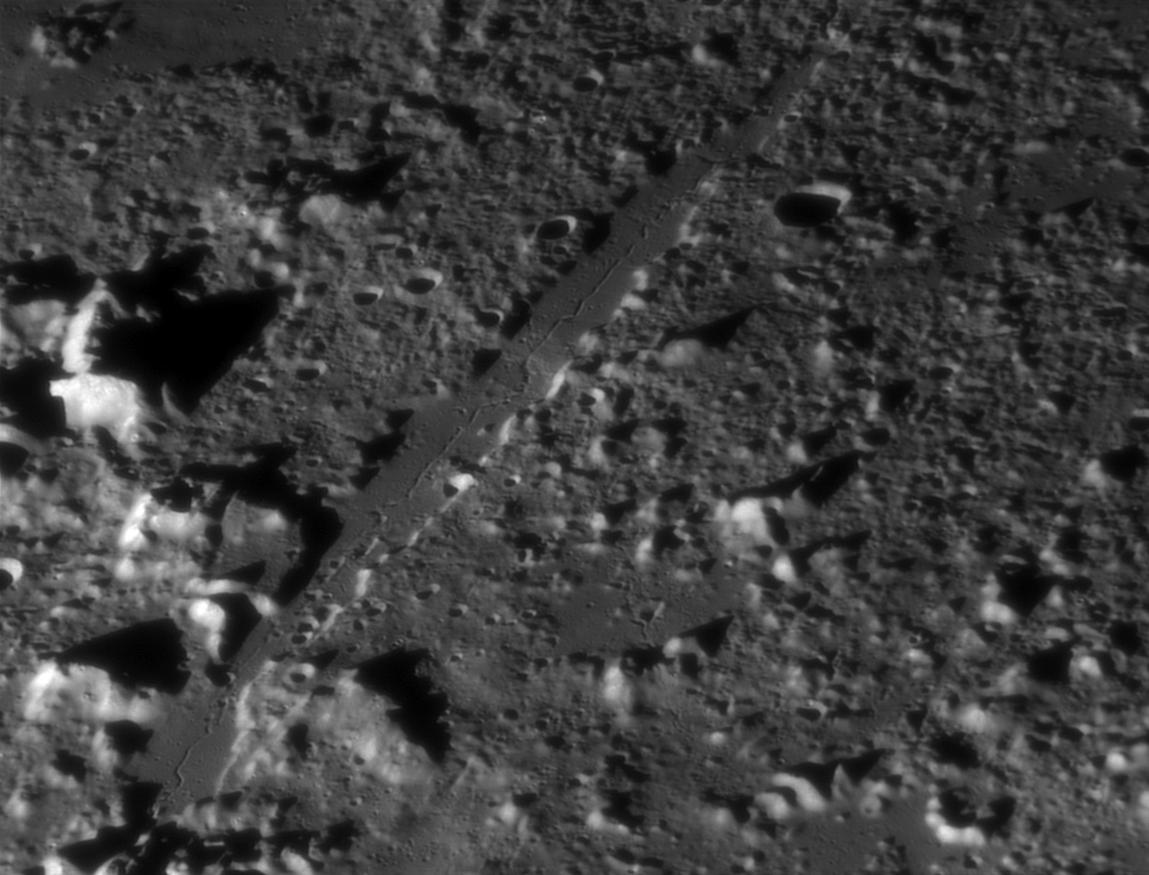 image sent in by Jocelyn Serot taken by a of team of french amateurs - P. Tosi, E. Rousset and J.L. Dauvergne -using the 1m telescope at the Observatory of Pic du Midi

Here is the Alpine Valley, that great grabben radial to Imbrium basin that splits the lunar Alps in two. With its wonderful rille and smooth floor it has been a mystery for many ages as to how it was formed. Harold Urey put forward the theory (I believe it was him) that the valley was carved out by a piece of the meteorite that formed the Imbrium basin, and hence linked to Imbrium sculpture that so captivated Ralph Baldwin to study the Moon and write some major books that changed our thinking of the Moon. It is now considered a grabben of parallel faults with a downward movement of the area between causing the valley. Jocelyn who sent in this image wrote: "No, these are not LRO or Kaguya images. They have been taken from Earth. By of team of french amateurs (P. Tosi, E. Rousset and J.L. Dauvergne) using the 1m telescop at the Observatory of Pic du Midi - a rather mythical place for lunar imaging, isn't it - and Skynyx 2.1M imager and a IR>680 nm filter. I just don't remember having ever seen the Alpine Valley so precisely." Since I had a section of the Alpine Valley in my LRO WAC collection I thought I would do a comparison. Apart from not being able to find the whole Alpine Valley in the WAC images, the east end can be compared. That bright area crossing the valley is visible in both images, looks like some ray material perhaps. The amateur team have captured almost all the smaller craters and detail along the rille that is almost as good as the LRO imagery and absolutely remarkable for an amateur Earth-based image! Below is the LRO WAC image for comparison. Full image. 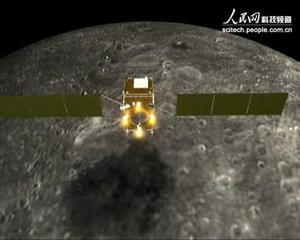 It will be great to have another lunar orbiter collecting data at the Moon, Good Luck Chang'e 2 spacecraft.


Yesterday's LPOD: King for a Day