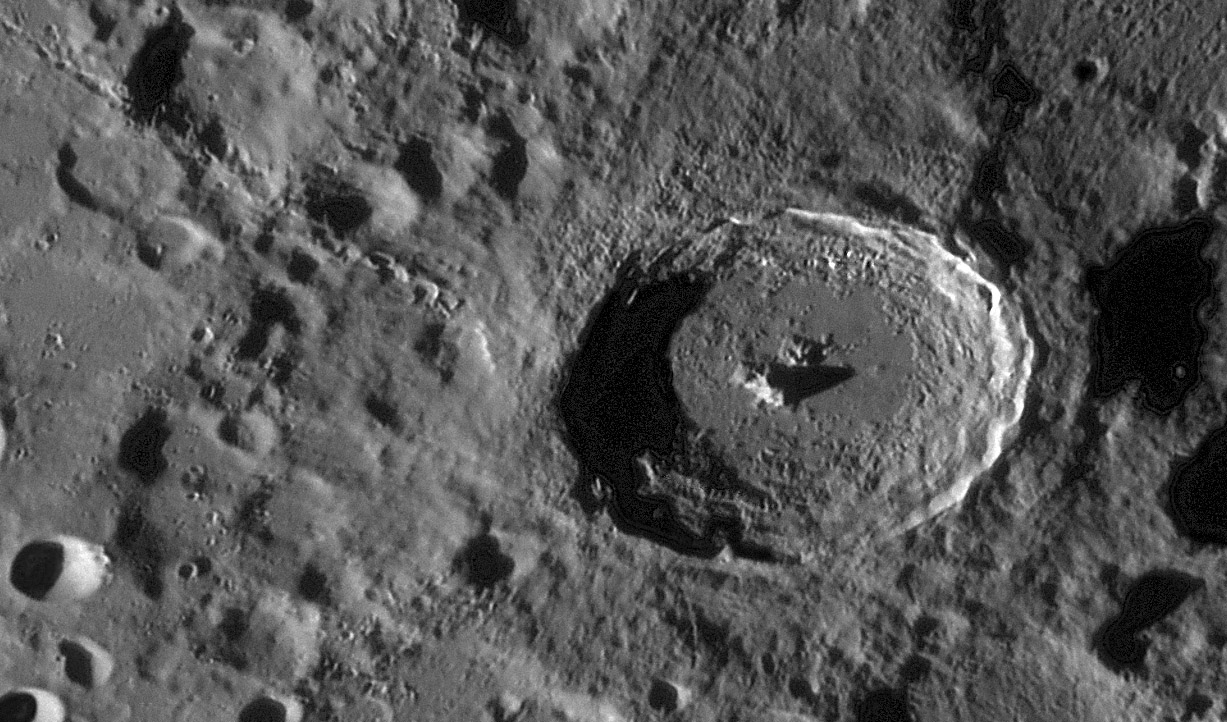 With all the recent images from LRO and Kaguya it is nice to see that Spacecraft Wes is back in orbit too. This stunning image beautifully depicts the different components of Tycho's floor, rim and exterior deposits. The smooth material coating the north and east sides of the floor are broad extents of impact melt, and rubble from fallback and downslope movement of wall rocks litter the rest of the floor. Striated ejecta is most apparent on the right side of the image, consistent with Tycho having resulted from an oblique impact with the projectile coming from the west/left. The largest secondary crater chain extends to the northwest, seeming to mark the edge of the uprange ejecta deposits. Another much smaller crater chain is just south of Tycho's rim and not at all radial to the crater center. The details of impact crater formation are still incompletely understood, and remind me of the comment of a volcanologist at the Hawaii Volcano Observatory. He said that having watched the buildup of a volcanic cone during its formation he could understand the process of its formation, but he doubted if any one would be able to correctly deduce the complex details of its formation if they only had the deposits themselves to look at.