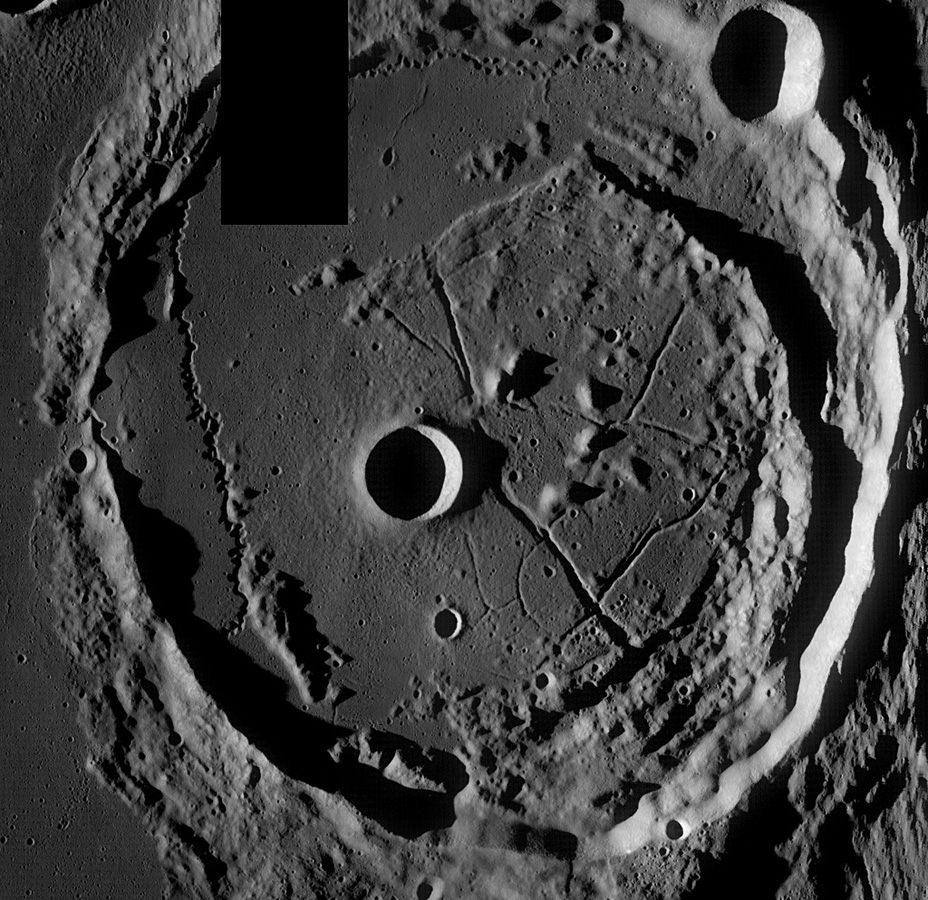 In this LRO WAC closeup image we can really get into the detail of what is inside the great crater Posidonius. Posidonius formed on the rim of the Serenitatis basin, which had started to subside from the weight of the early lava fill and general isostatic readjustment after the impact. The mare side of Posidonius sank too causing faults that allowed lava to seep into and partially flood the interior of the crater. Continued subsidence probably caused the faults and collapse of old lava tubes may have caused the sinuous rilles we see on the floor today. The straight rilles being possibly formed as grabbens from the stresses of deformation in this floor fracture crater. The edge of the crater wall terrace to the right (East) seems to have pealed away from the rim. Why? That is for geologists to determine, probably linked to the readjustments of the area. But with so much going on in there, I think this crater would be a geologists paradise to explore!


Yesterday's LPOD: By the Scattered Light of the Moon