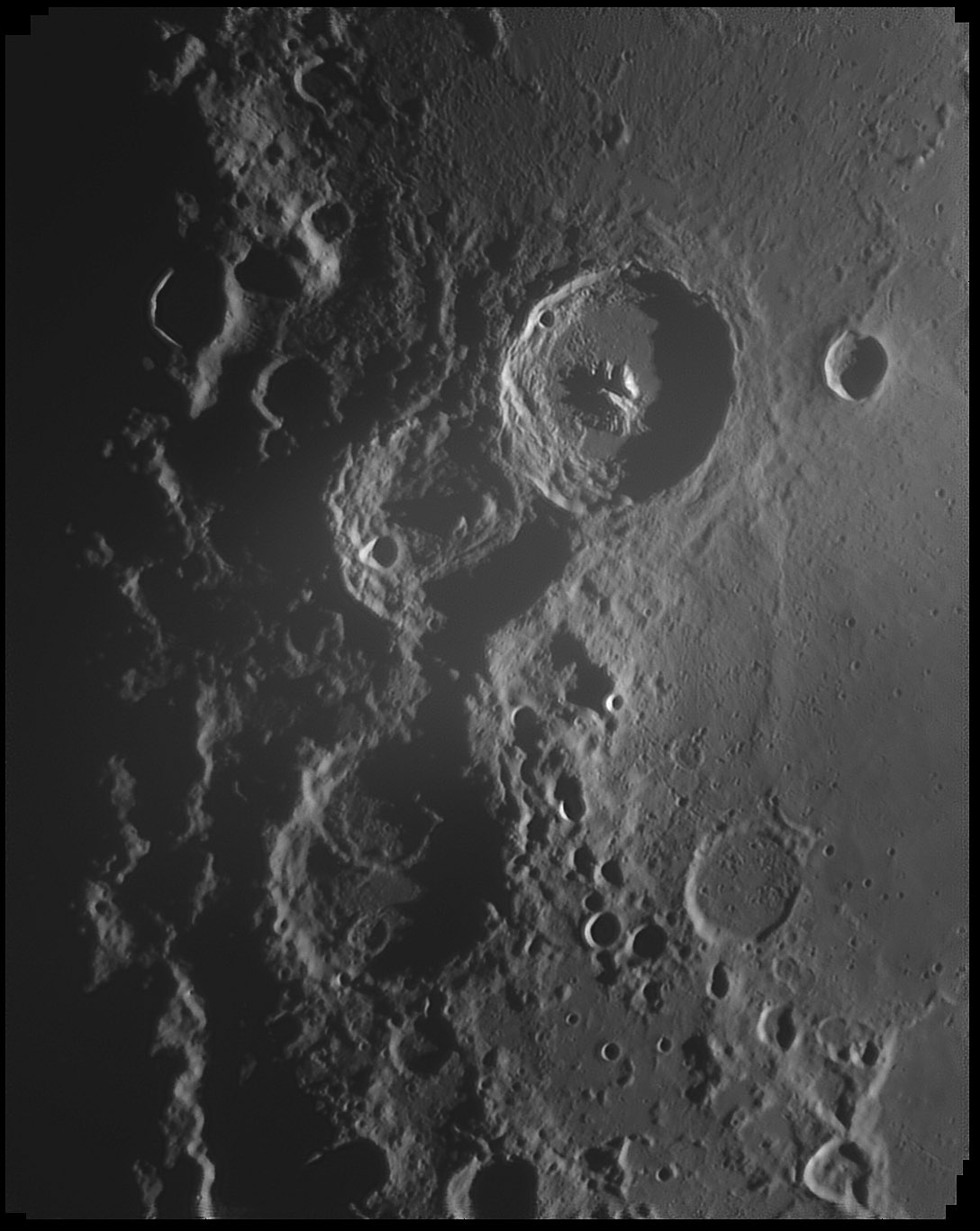 Pavel has a new camera, and I would say from this early result that it works wonderfully! This early morning view of the favorites Theophilus, Cyrillus and Catharina show them with a ruggedness that should be off-putting to lunar mission planners. Notice the sheer cliff-face just below the northwest rim crest of the crater. I don’t know how steep that is, but according to estimates made in the early 1960s from visual observations made with the Mt Wilson 60″ reflector, the opposite - east - rim of Theophilus is steeper than 46°. It may be that the only safe way to get into many lunar craters is to land on their floors. I am also fascinated with the spiral-like ridge of the inner western rim of Theophilus - it goes like a corkscrew from near the floor diagonally up to the rim. Finally, if you greatly increase the brightness of this image, bright ray-like material can be seen extending to the east and southeast but not to the north. At first I wan’t sure if this really was rays, but the ray dusting extends only as far as the continuous ejecta deposit (where the radial ridges and valley exist), and they match the rays on a full Moon view. It is uncommon to observe rays so close to the terminator. Pavel - please take some more pictures with your new camera!

Yesterday's LPOD: Nothing to Fear Here

Tomorrow's LPOD: How High the Moon - or at Least a Few Peaks