No Crisis in Crisium 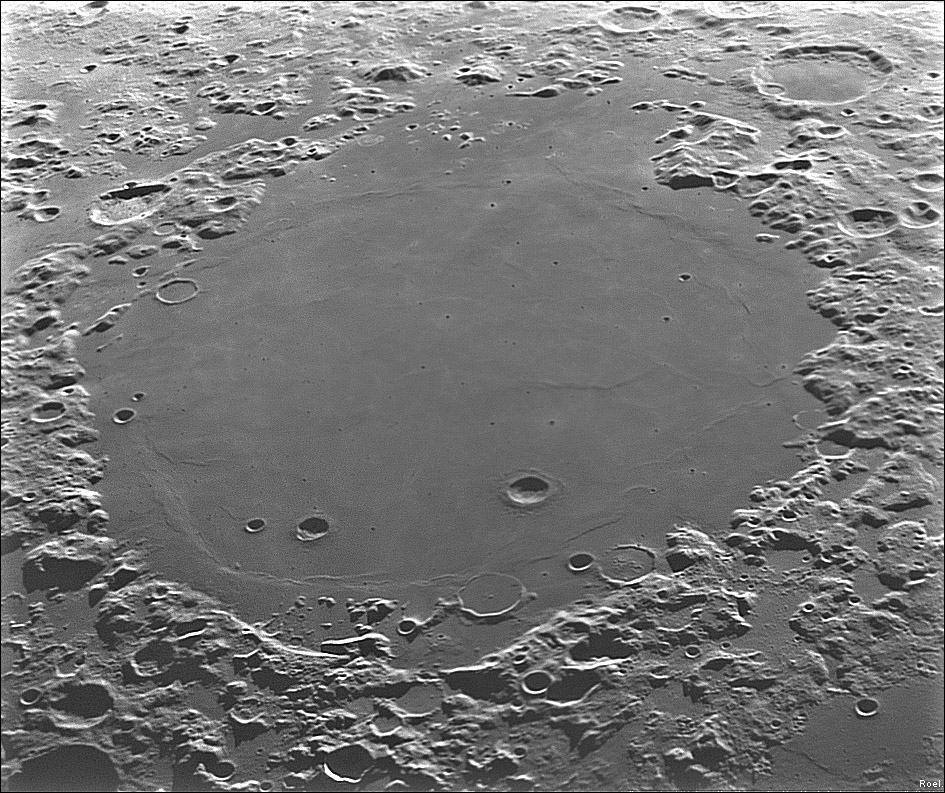 The trouble with most basins is that they are too large to easily image, especially with high resolution. Eric Roel has gotten around this problem, and beautifully captured Crisium, by mosaicking four separate images. This composite image reveals the abrupt edges of the basin and the complete inner ring of mare ridges. Between the mare ridge ring and the shore the mare is thin, draping a relatively high standing bench. Notice all around the basin how most of the craters on the bench are flooded by mare lavas. Inside the mare ridge ring there are few large impact craters - the mare lavas are apparently thick enough to cover the craters that formed on the basin floor. From gravity data the inner mare is modeled to be 2.9 km thick. Despite all the lavas there are no small volcanic structures at Crisium such as sinuous rilles or domes. The existence of rilles implies high extrusion rates, and domes often imply low rates - Crisum lavas must have been pretty neutral!