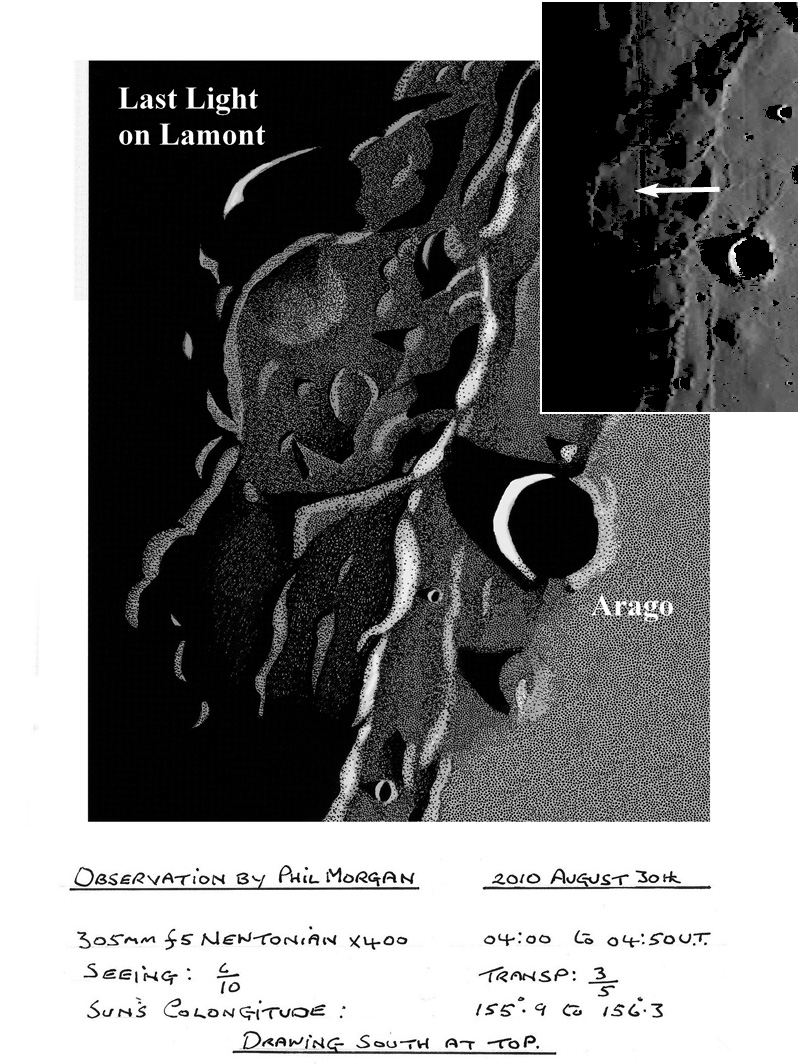 This is another of my observations made last lunation. It covers the Lamont/Arago region at sundown. A region well known for its domes, and on this occasion I noted what looked like a large bristling dome on the eastern side of the central floor of Lamont. Difficult to say if it is definitely a dome or not, but it looked that way. Colin Ebdon was also observing and drawing Lamont about one hour before me, and he also recorded the large dome on the inside of the central ring/ridge. Like myself, this was also new to him. So it is good to have some other visual confirmation!

I was wondering if you have, or could produce, some topographical (elevation) images of the region just to see what it looks like?

NOTE: I have placed an insert at upper right on Phil's sketch showing what the region looked like with the Lunar Terminator Visualization Tool (LTVT). It also shows the dome-like feature that Phil captured in his sketch.