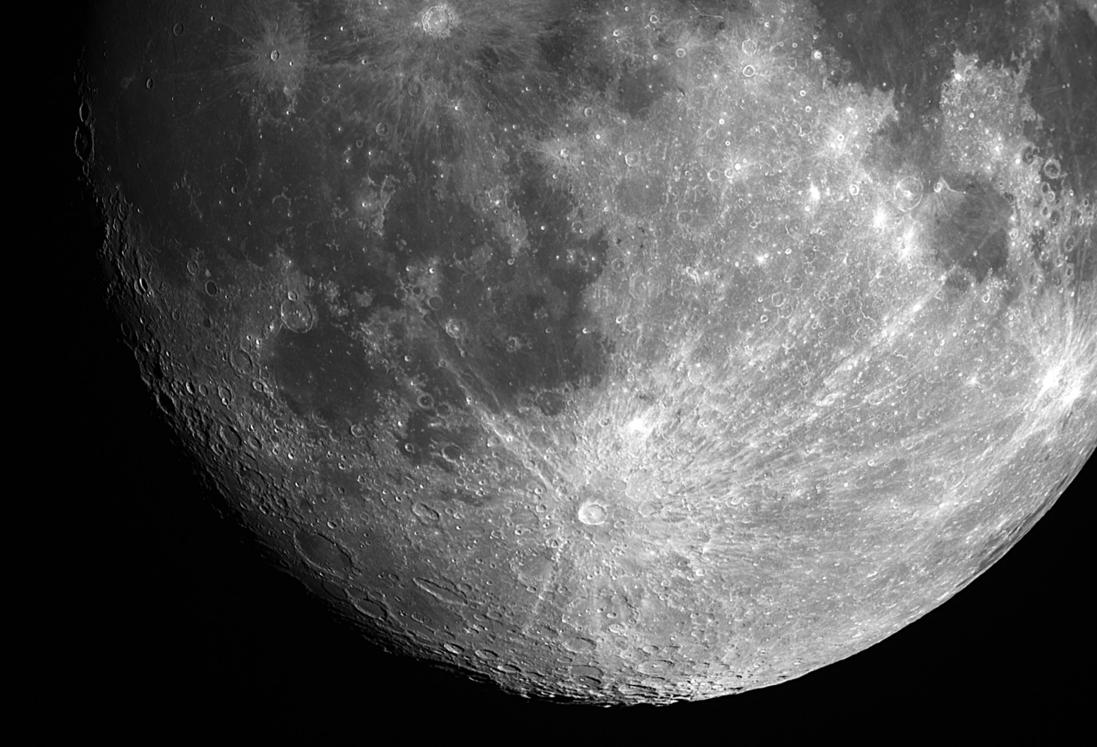 In the early 1960's we had no samples from the Moon and so scientists looked at what was in the meteorite collections at the time to see if anything could have come from the Moon. Dean Chapman (1922-1995), a NASA Ames research center aerodynamicist, put forward a theory that unusal button type of tektites called Australites, and found strewn across Australia, were in fact ray ejecta material from the great crater Tycho. Because Tycho's rays stetch so far across the lunar surface, as can be seen in John's great image above, it was not too much of a stretch of the imagination to assume that some ray material was ejected from the Moon entirely (the Moon's escape velocity is 2.38km/sec), and found their way to Earth. At the time no Antarctic meteorites had been found (1982 was when the first was discovered), so scientists were eager for any lunar material to study in planning for the Apollo missions. The button tektites differed from normal tektites in that they showed an aerodynamic shape similar to a spacecraft ablative heatshield, from atmospheric friction heating. Dr Chapman was able to work out the mechanism for the shape, and possible orbits that the Tycho ejecta would have followed to reach Earth by using the computers in Mission Control Houston's RTCC that computed the Apollo spacecraft trajectories, and determined the tektites originated from the Rosse Ray that passes over Mare Nectaris.
However, Chapman's theory was not entirely supported by the return of the Apollo lunar samples, as the composition of the rocks and soil differed to that of tektite glass in that it lacked appreciable silica, of which tektites are made. But there were found lots of impact glass beads in the lunar soil formed in a similar way to how Dr Chapman worked out Tycho would have produced the Australites. Dating of a dislodged boulder at the Apollo 17 site gave an age for Tycho crater of 109 Million years. The age of the Australites turned out to be about only 790,000 years, also putting a dent in this theory, if the Apollo 17 results are correct. But then again, no samples have actually been returned from Tycho or it rays to be absolutely sure.

So when I look at Tycho, I sometimes think of the Tycho tektite theory. The pre-Apollo era had a very different Moon to the one shown so beautifully in John Drummond's image above. But the romance of the Moon never ages.