New Light On the Basin Near Schiller 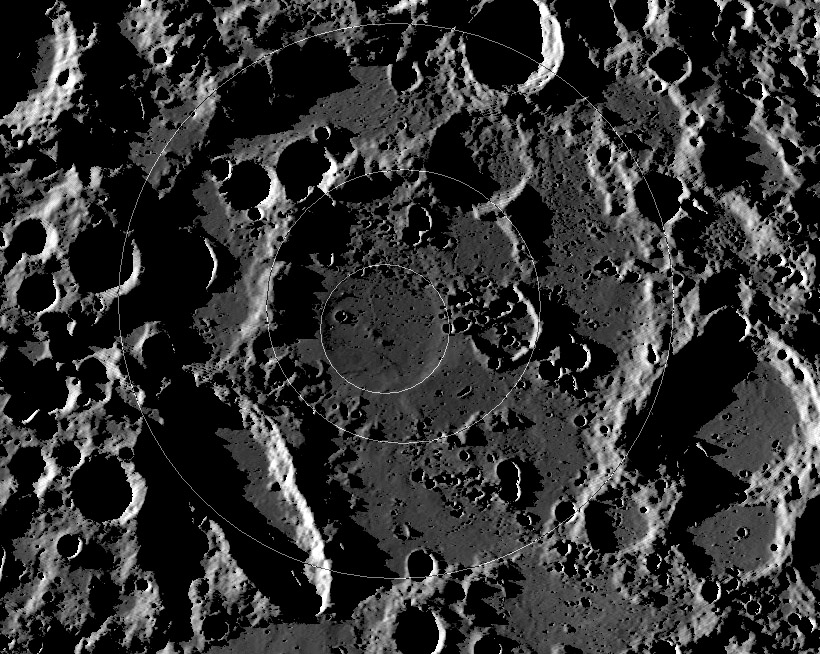 When Bill Hartmann and Gerard Kuiper first described this overlooked basin near Schiller, they gave it that prosaic name. Later the US Geological Survey Moon mappers initiated a system of calling basins by craters on opposite sides and this feature became known as the Schiller-Zucchius Basin. It differs from most of the more familiar nearside basins in having a mountainous inner ring (where it is preserved) and at first glance seems to be a two-ring basin. Seems to be implies it isn't and that is probably true, but maybe not. There is an inner depression that is marked by ghost crater-like gentle ridges - a possible third ring - but it is decidedly off-center from the other two rings, and could be a random impact that occurred and was later buried when the basin was flooded by lava. Not all basin rings are perfectly concentric so this could be a three-ring basin. When Maurice processed this digital terrain image he noticed the line of small hills near the middle of the inner ghost ring. He found them on a LRO Wide Angle Camera frame and commented, correctly, that they looked like the rough-textured Marius Hills domes. It is not surprising the find volcanic cones - if that is what they are - in the center of a widespread sea of mare lavas, but most maria show little evidence of the vents that may have fed them.