Lavafall Over a Low Nose? 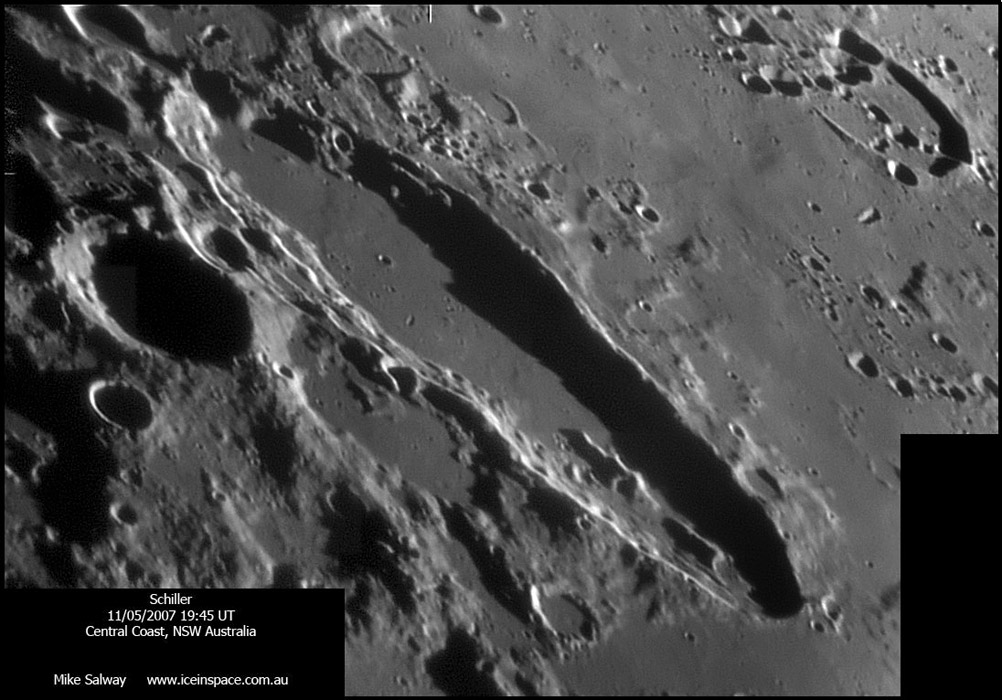 There is nothing new to say about Schiller. I’ve speculated multiple times about theories of its origin, and talked about it being on the edge of the mostly overlooked Schiller-Zucchius Basin. But Mike has submitted this fabulous image, forcing me to come up with something new. His low-Sun view does emphasize some of the small scale topography on Schiller’s floor, including a narrow ridge paralleling the eastern margin of the widest part of the crater, and a tiny hill near the middle of the floor - is this all that is left of a buried central peak for the middle segment of Schiller? The low lighting also brings out the notch at the southern (top in this south up image) rim, and at the opposite end - Schiller’s nose - suggests an interesting speculation. The northern rim does not appear to rise above the adjacent lava flow terrain. Did some of those flows cascade over this low spot and help fill Schiller? The Clementine and Lunar Orbiter images don’t provide evidence to support this speculation, but as Carl Sagan used to say, there is no evidence inconsistent with my theory!