Little Rilles Near the Big One 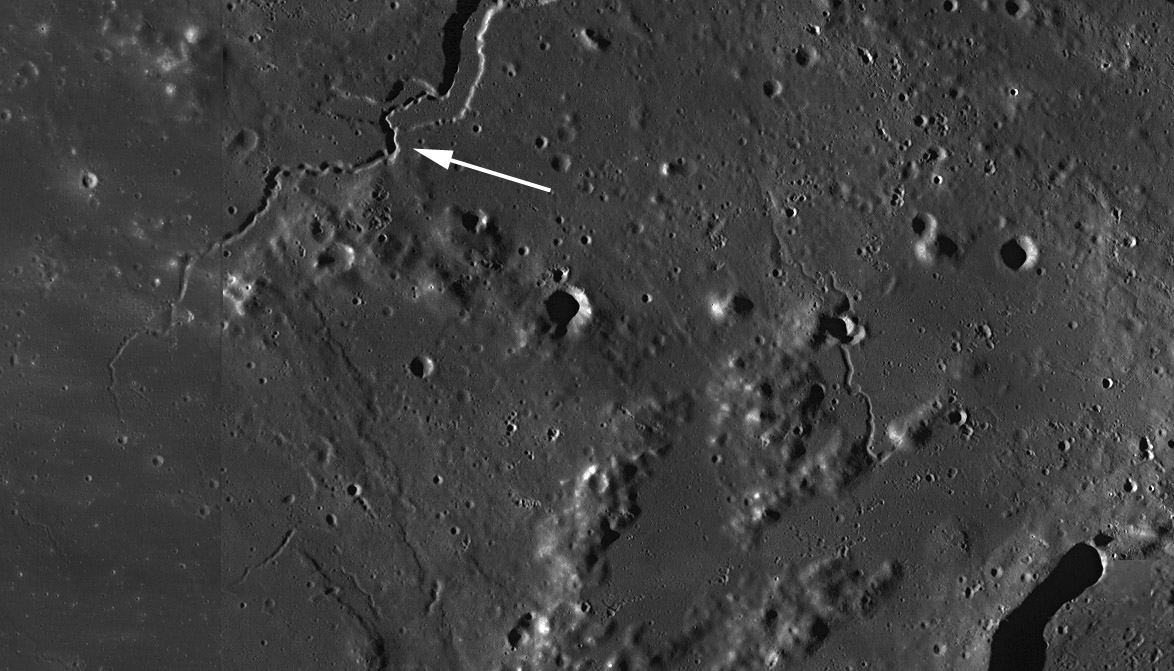 In this excerpt from an LROC Wide Angle Camera mosaic the focus is on little rilles of the Aristarchus Plateau. The arrow points to the place where the very sinuous rille on the floor of Schröter's Valley breaks through the Valley's wall and heads downslope and eventually out onto Oceanus Procellarum. The rille undergoes changes, becoming 1.5 to 2 times wider and somewhat deeper in the ash-rich deposits outside the rille compared to its dimensions of the Valley's floor. And on the Oceanus it becomes thin and tapers away to nothing. Unlike linear rilles which probably mark vertical ribbons of magma (dikes), sinuous rilles are fed by a single source vent and flow like a river away from it. If the inner rille follows gravity, then breaking through the Valley wall must be downhill. That seems unlikely so some force must have been in play. Two other short sinuous rilles are at bottom left, showing that there were multiple vents along the edge of the Plateau. If the Plateau really is an uplifted area, then faults along its edges - allowing magma to rise to the surface - should be expected. At bottom center and right, is an area of smooth, mare-like material. It is not covered by the topography-smoothering ash and so must be younger than the period of explosive eruptions from the Cobra Head, off the image to the right. A well-defined rille - perhaps the source of the smooth material - crosses it and cuts into the ashy terrain, becoming very narrow and dying out in a short distance. Maybe the narrowing of the rille is due to ash sliding downslope to fill it in.