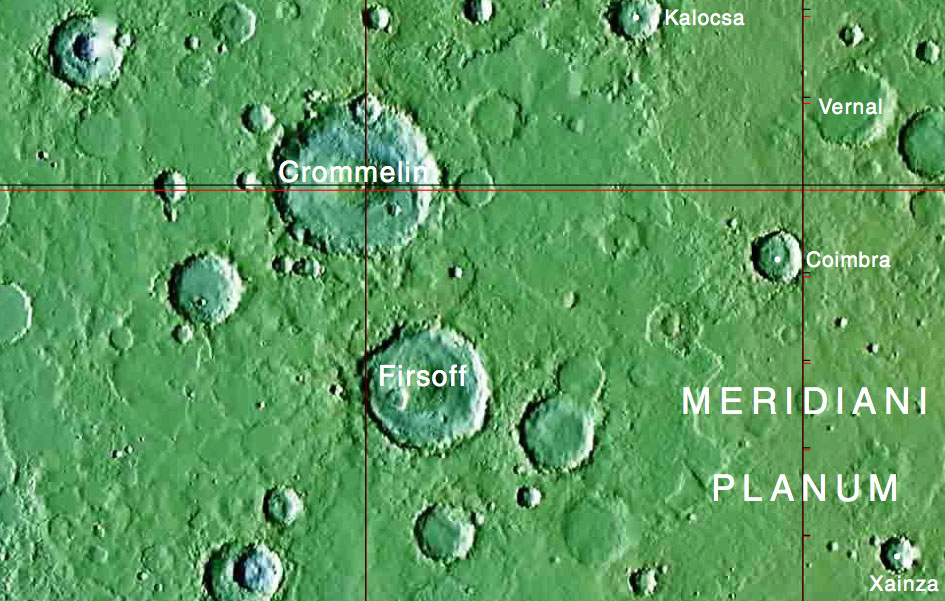 Valdemar Axel Firsoff was a prolific author and an idiosyncratic English amateur astronomer who wrote a number of books about the Moon: Moon Atlas (1961), The Surface of the Moon (1961), Strange World of the Moon (1962), and The Old Moon and the New (1969). These books were for amateur astronomers and were representative of the British school of the 1960s and 70s that largely considered lunar craters to be volcanic, and for Firsoff and some others, thought that some form of vegetation might exist on the Moon. Firsoff's Moon truly was a strange world. But since last month the name Firsoff graces a 90 km wide crater on Mars. Why Firsoff and why Mars? Firsoff did write two books about Mars: The World of Mars (1969) and The New Face of Mars (1982). Thus, Firsoff meets the IAU requirement as having been a writer who contributed to the lore of Mars. If you look at the green map, that shows ALL of the nomenclature for that area, you will notice that a number of sizeable craters are not named. In fact, although Mars has a substantially larger surface area than the Moon, it has only 992 named craters, versus the Moon's 1595. The reason for the paucity of names is that Mars' craters could not be observed from the Earth (yes, I know that some may have been glimpsed) and thus naming has been done only for cartographic and scientific purposes. In contrast, our Moon's nearside has had most of its morphologically decent craters named by a succession of mapmakers who added more and more names. In addition to the names the Moon also has over 7000 lettered craters (such as Copernicus H), providing a dense network of nomenclatural landmarks. Letter designations are not used on any other astronomical body in the solar system, so that as researchers study more and more smaller features they will all be given names. I like the Moon's names and letters system of nomenclature for it makes it easier for mapmakers to squeeze all the designations on a map, and it provides locational information for the lettered craters.