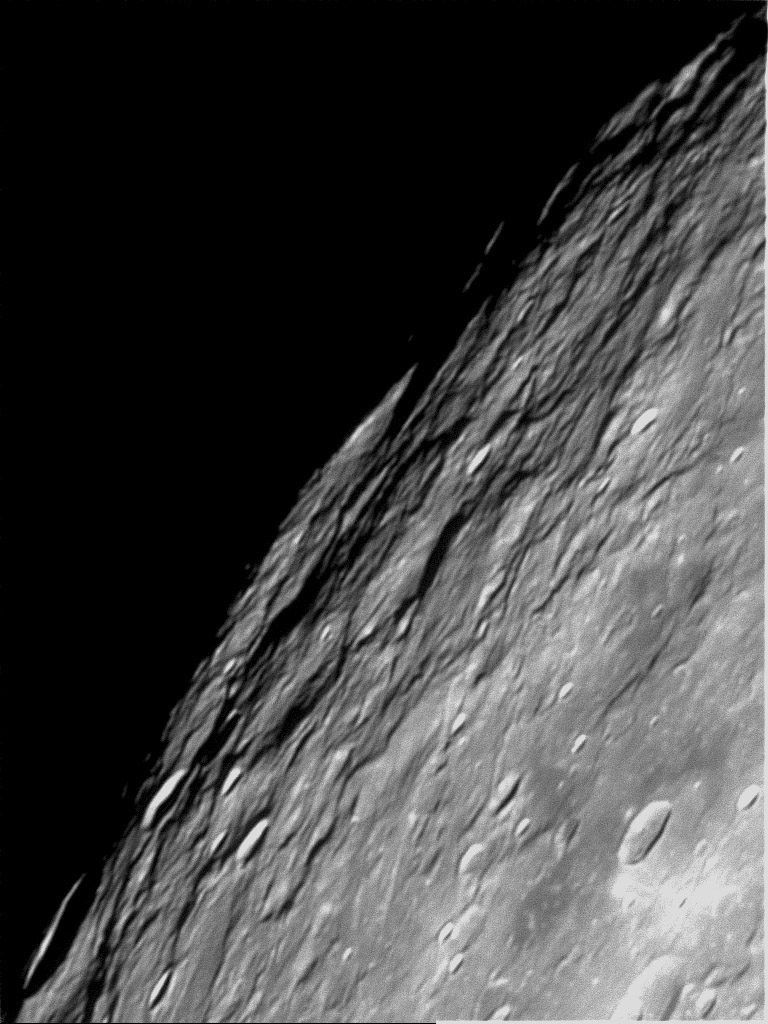 Quick, where is this? The elongated craters and darkness of space place this image near the limb, but that goes 360° around the Moon. The falloff of the limb to the left suggests the northern hemisphere, but the image could have south up (or some direction in between N and S), or it could even be flipped as if looking through a Schmidt-Cassegrain with an added prism to get the eyepiece in a comfortable position. We are forced to use the terrain and features shown to identify this region. There are a few small and bright walled craters and not many identifiable older ones. Do you see the long elevated ridges, with shadows between? This must be ....

Technical Details
10 inch F20 refractor, a DMK31 camera was used and the image was processed in Registax.
This text was used for an earlier LPOD with a different image, but it works just as well with this one!