Faces of the Moon 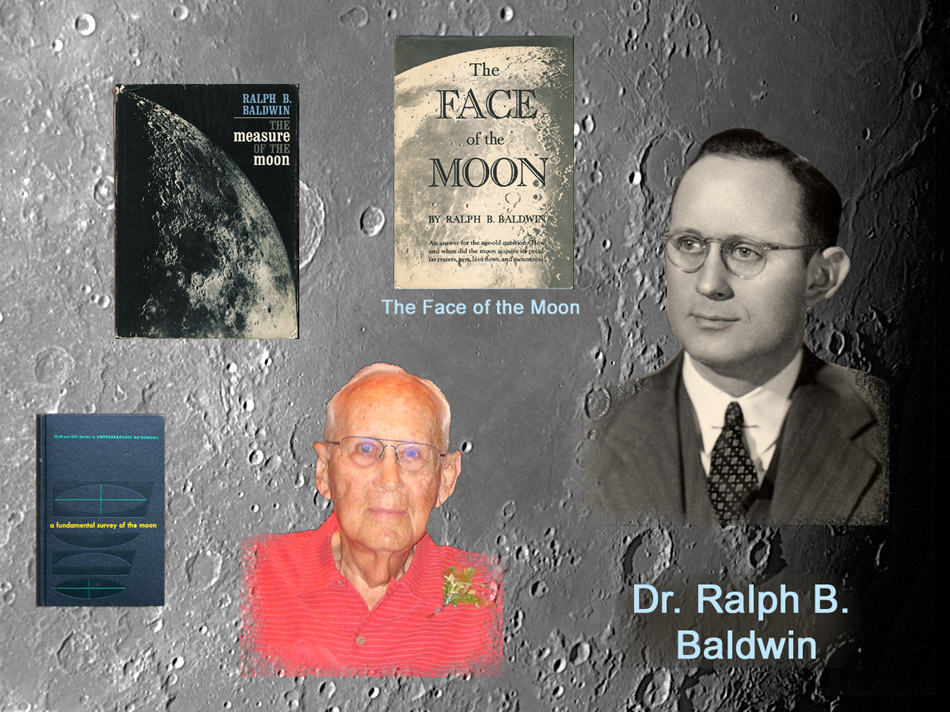 Newton graciously claimed that he could see further because he stood on the shoulders of giants. For the last 60 years all lunar scientists have had a similar privilege, confirming and building on the work of Ralph Baldwin. It was 60 years ago that the transformative Face of the Moon was published. Harold Urey supposedly read it at one sitting while attending a party, and he and Gerard Kuiper - the leading planetary scientists of the 50s and 60s - were convinced of the correctness of Baldwin's conclusion that lunar craters formed by cosmic impacts. Don Wilhelms and Gene Shoemaker of the US Geological Survey honored Baldwin's seminal work, as did Bill Hartmann and Paul Spudis; three generations of lunar science leaders. In October, Howard Eskildsen and Bob O'Connell had the rare opportunity to visit Baldwin at his Naples, Florida home; here is part of Howard's account: We drove over 500 miles round trip to visit with a 97 year old icon for two hours. We had a wonderful time although his poor hearing made conversation challenging. At times both Bob and I were kneeling by his chair to shout questions into his ear. He still has a sharp mind and keen wit and provided interesting insights into his prior works. Several plaques from scientific organizations and from the Department of Defense adorned his walls. We had a grand time, but felt quite humbled by the presence of this lunar giant, even at his advanced age.

Technical Details
Baldwin's daughter Pamela supplied the photos of her Dad, and Howard and I added the book covers, all on top of Howard's recent mosaic of the Nectaris Basin, a subject Baldwin is currently writing a paper on!