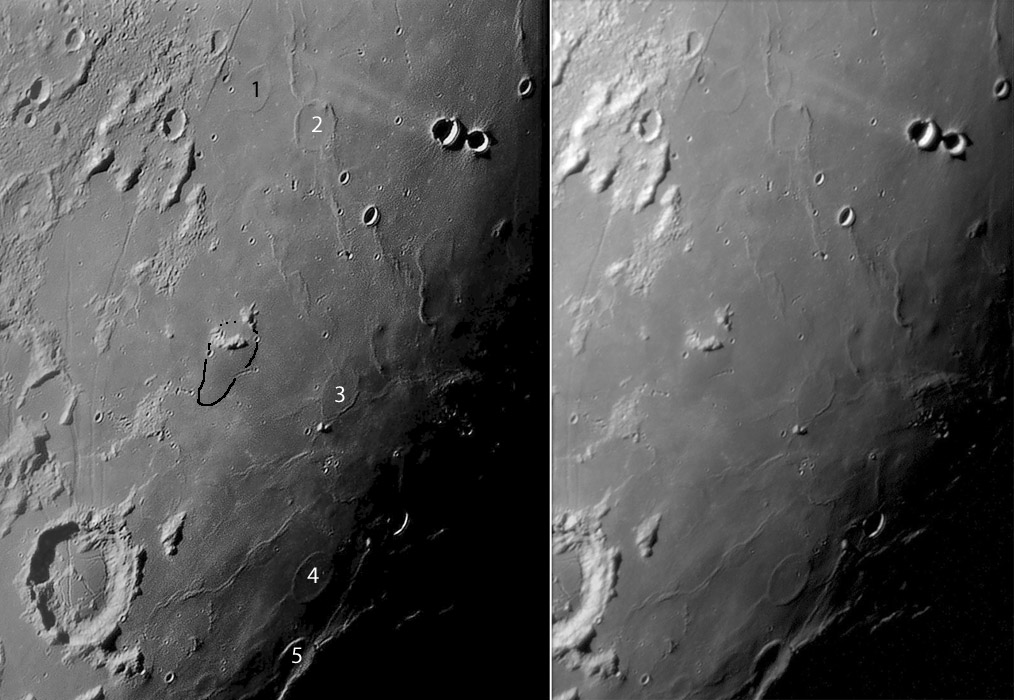 Fecunditatis is an unstructured mare. It has a variety of wrinkle ridges but only the largest one seems to possibly define an inner ring. The rest of small ridges appear to be related to more local features under the thin mare lavas. Paolo's near terminator view - here shown in two renditions, his log stretch (right) and my more mundane Photoshop Elements Shadows/Highlights Adjustment (left) highlights low relief features. First is a kidney-shaped swell that is anchored, as many are, to the isolated mountain near the center of the left image. Next are a series of ovals that may be ghost craters - normal impacts draped with lava. Numbers 1 and 4 are very likely to be buried craters; one give away is that their foreshortening matches nearby unflooded craters. Number 2 is less certain - it is more squat and is not quite elongated parallel to the limb. Number 5 has the right shape and orientation but its right side is part of a massive mare ridge that adds confusion. And 3 is even less certain, but could be. If these are not covered craters what process does form such low oval rings. In the 50s everyone would say they were volcanic calderas or ring dikes, but we now think that larger mare ridges are faults, and its hard to make an oval fault unless material subsides into a depression.


Yesterday's LPOD: Y or Why?