Out the Porthole View 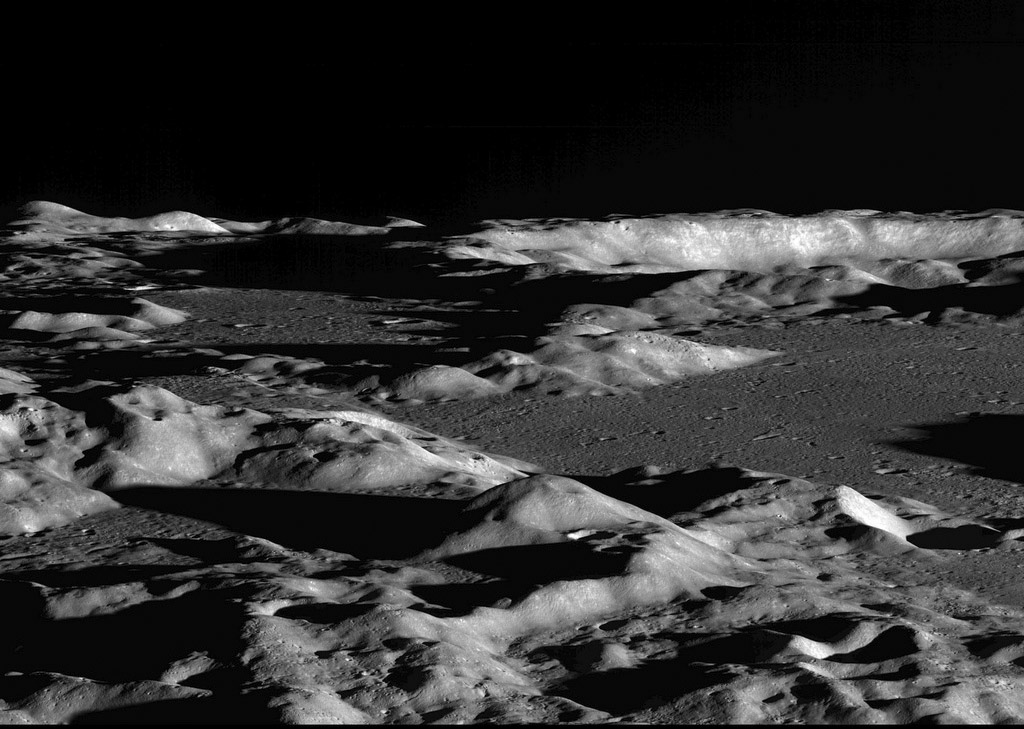 JFincannon has started a very interesting discussion at the Moon Zoo about oblique images taken by the Lunar Reconnaissance Orbiter NAC camera. He has identified 258 images taken with a look angle greater than 50° but so far only a few have been looked at. Some of the images are very dramatic but they are not, as some have claimed, the Moon as you've never seen it before. Apollo astronauts took many wonderful oblique images, as did some of the Lunar Orbiter spacecraft, and that was the perspective of every image taken with the HDTV camera on Kaguya. Nonetheless, these LRO ones are spectacular and you will enjoy looking thru them, and perhaps being the first to see some of the 258. I am not sure what the scientific goals were that prompted the LRO scientists to program in these particular oblique data dates, but I do enjoy them. The view above is at 66°N, 57°E, apparently in the region Schwabe U, where patches of old maria embay rims of older craters. The narrow field of view makes identification challenging.


Yesterday's LPOD: From Lahore To Laplace