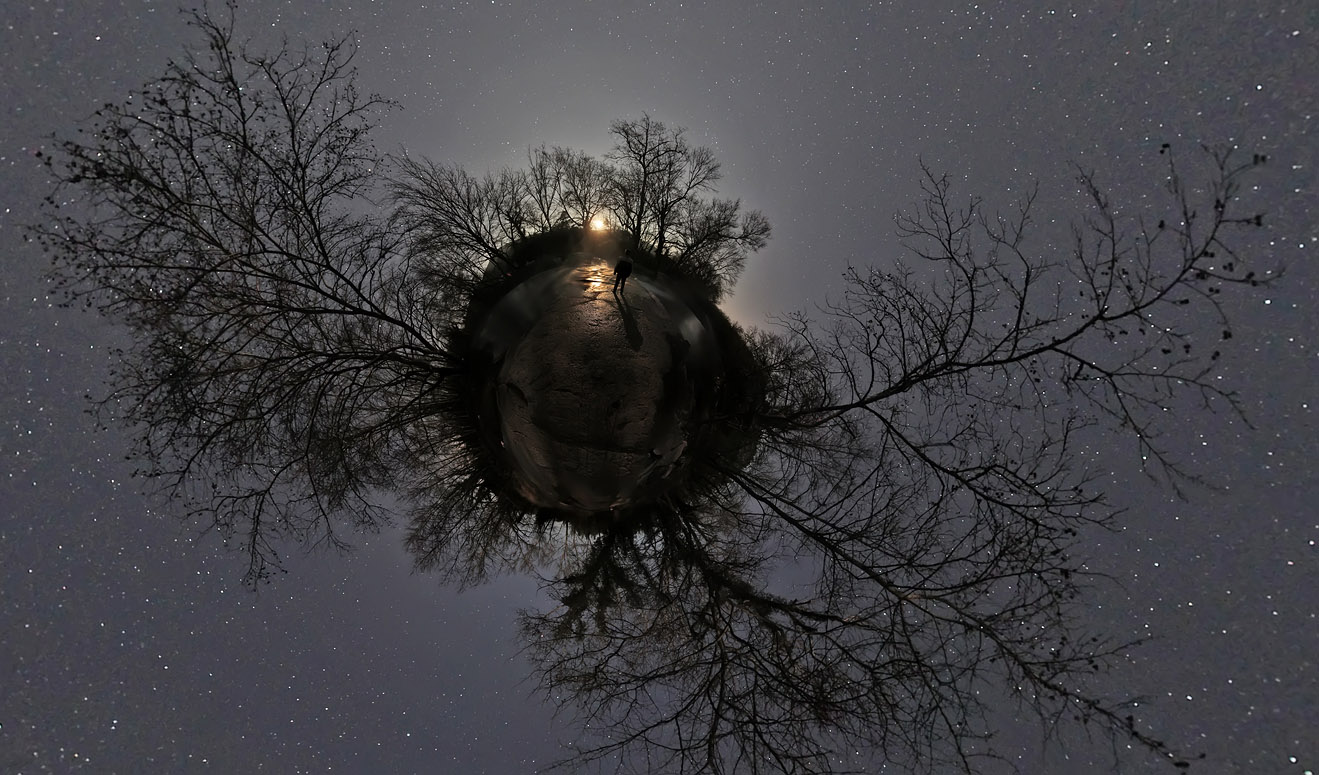 Just before Mandoudi village at Evia, Greece, beside the river Kirea in beautiful scenery, is the 'Great Platanus' (Platanus orientalis), a really remarkable tree believed to be the largest tree in Greece and more than 500 years old. Its dimensions are overwhelming: 60 feet circumference, 20 feet trunk diameter and 75 feet height. There are hundred year old myths and legends of fairies and elves that haunt those who dare to sleep in its trunk cavity that has the dimensions of a small room. According to the local folklore, one can hear the sound of ram horns as the animals fight at exact midnight. I was there at midnight. I didn't hear a thing. Only my self laughing after a minute or two when I realized my situation: Midnight, under the moonlight, alone, in the middle of nowhere, at freezing cold waiting for the ghost rams(!).

Technical Details
This is a 360 degree 'little planet’ panorama made Jan 3, 2012. I put the camera with a wide field lens vertically on a tripod and start taking exposures aiming high. After each exposure I turn the camera clockwise. Photos should overlap about 30%. When I complete a 360 degree turn, I aim lower and make another 360 degree turn taking exposures. For the final round I aim to the ground. For this panorama I ended up with 37 shots, 15 seconds each. Finally, I stitch the shots with a software called Ptgui. The 'little planet' effect is done automatically by the software. I only have to worry about taking the exposures fast to avoid field rotation.

Related Links
Chris' website
A hole for the sky