Look Now, Before It Gets Smaller 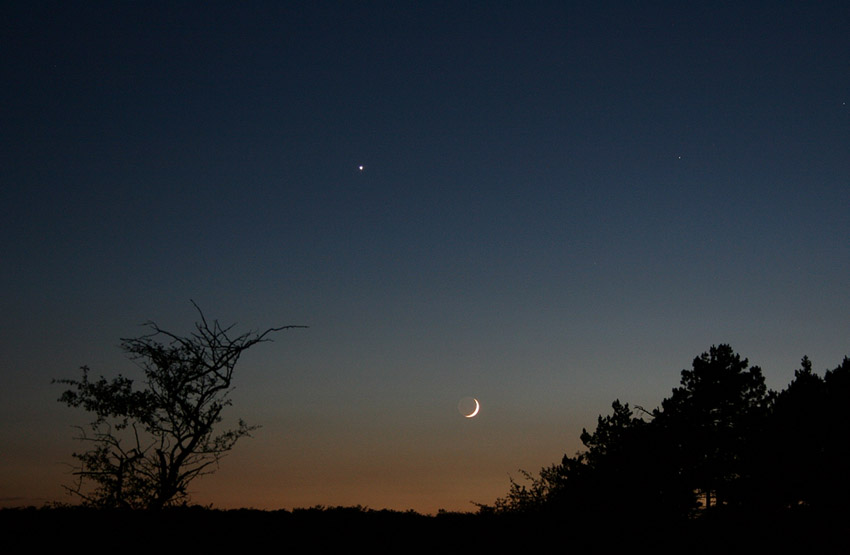 The Moon looks small and far away here, and it is getting 3.8 cm more distant every year. That is a very accurate number derived from actual measurements of laser pulses bounced off reflectors left on the Moon during the Apollo period. A recent article on the Scientific American website reviews understanding of the movement of the Moon away from the Earth, including new results I was unaware of. The reason for the recession has been long known: tides add energy to the Moon, increasing its orbit, and also slowing down the rotation of Earth. Counting of coral growth rings and sediment deposition bands, both driven by the number of days in a year and thus the Moon's distance, give information on the recession over the last half billion years. The length of day was 23 hrs 350 million years ago, and by 620 million years was 21.9 hours. Computer models suggest that the Moon orbited Earth at a distance of only 25,000 km just after it was born following the giant collision and the Earth day was only 6 hrs. Think of the gigantic tides then! Extrapolations predict that in 50 billion years Earth will be tidally locked with the Moon - so that only one hemisphere sees it - and the day will be 1000 hrs long. And then the Moon will begin to spiral in towards the Earth, finally crashing back into its mother Earth.