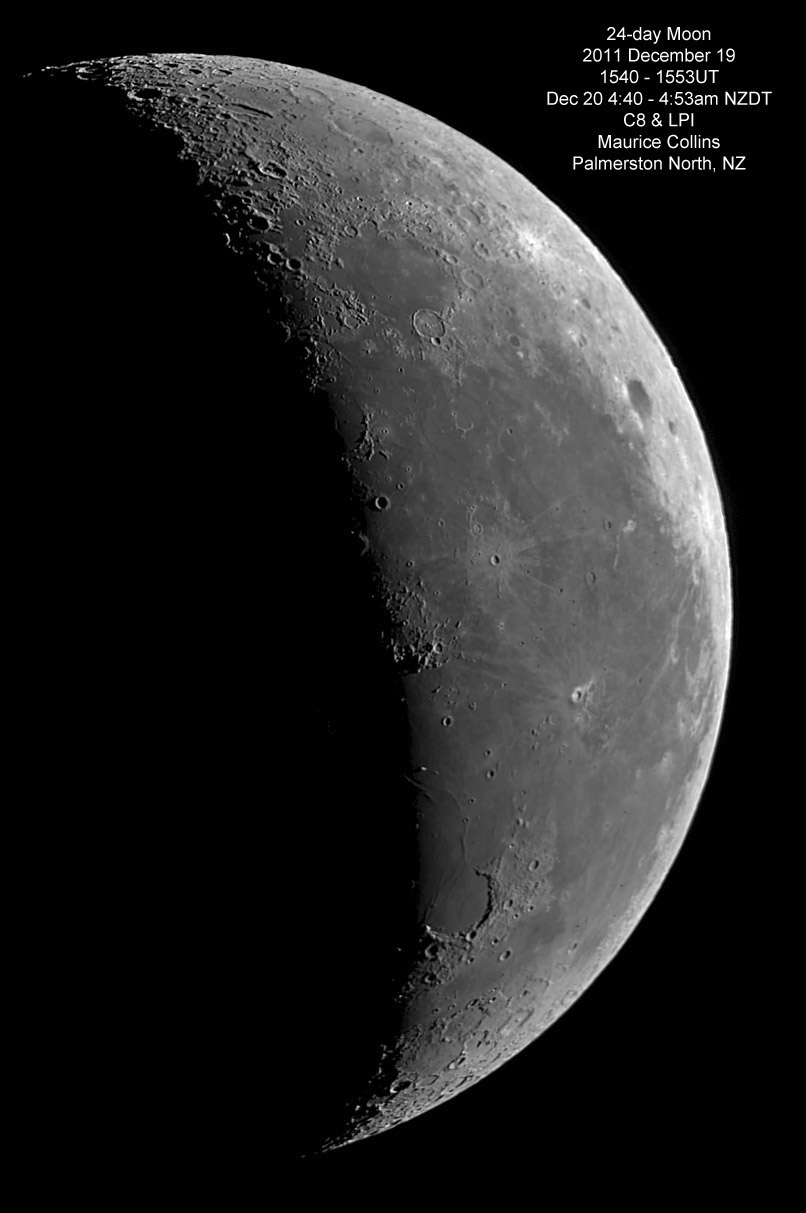 Looking at Earth from a high orbit over Hawaii you would see almost nothing but water - Earth appears to be a water planet. Maurice's image of the 24 day old Moon reveals Mare World. It is peculiar that the Moon has such a bimodal crust. The farside and part of the nearside southern hemisphere are almost exclusively ancient highlands - elevated and heavily cratered. The northwest quadrant of the nearside and some nearby areas are largely mare lavas. Various ideas have been proposed to explain the concentration of mare lavas - probably related to the KREEP terrain that was rich in radioactive materials - but whatever the reason, it exists. The Moon would be rather boring if it had only highland terrain. And it would be smoothly monotonous with only mare lavas. I'd say we got the best of both worlds, or at least of two sides of one world. Of course, I still wish that the Moon had locked into a rotation with 10° more of the western limb showing, placing Orientale better in our view.