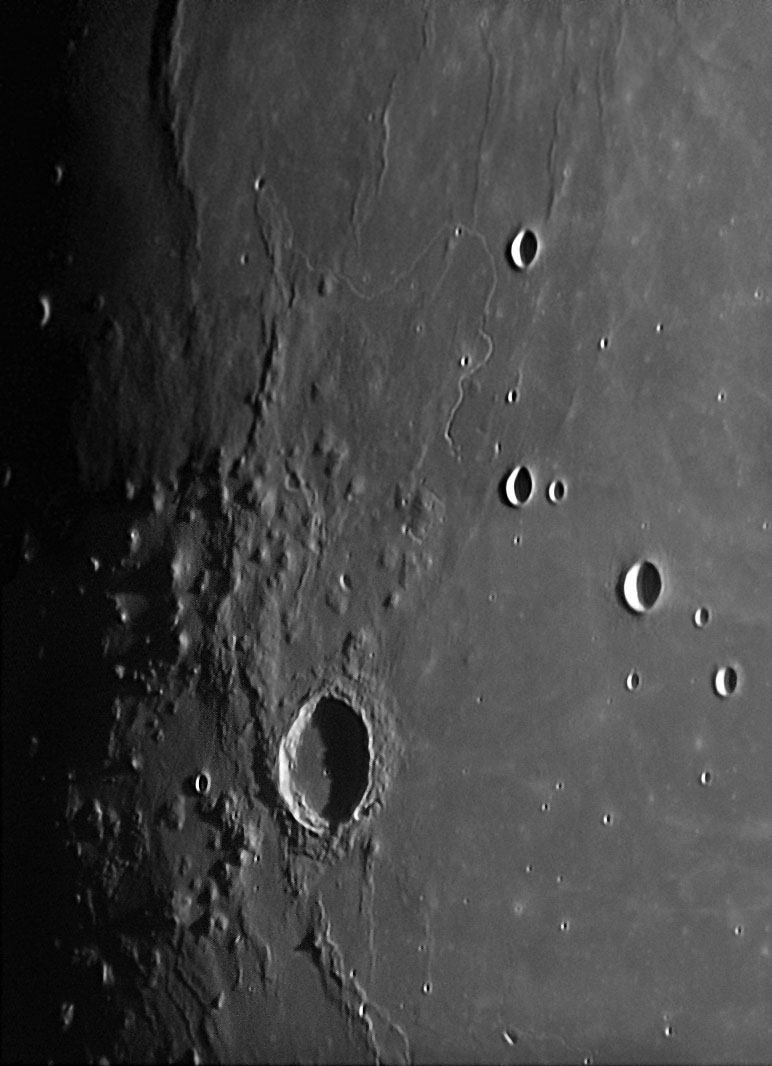 Someone decided that this is the year of the solar system, and each month has a different theme. May is volcanism - one of the most fascinating geologic processes because it is fast and dramatic, just don't get too close. Although volcanoes continue to erupt on Earth, Io and probably Venus, and Mars still seems to have occasional igneous belches, volcanism on the Moon has been quiescent for at least a billion years, with most of the activity before about 2.5 b.y. ago. But because erosion is so slow on the Moon, two to three billion year old landforms are still preserved. The Year of the SS website has nice resources for volcanoes everywhere except on the Moon, the only place other than Earth where you can see them with your own eyes. So here is a great image resurrected from the November 27, 2007 LPOD, of Marius Hills, one of the largest volcanic provinces on the Moon. Forget the visually invisible giant volcanoes of Mars, Venus and Io, here are 300 or so volcanic cones that you can see.


Yesterday's LPOD: A Half Hours Work