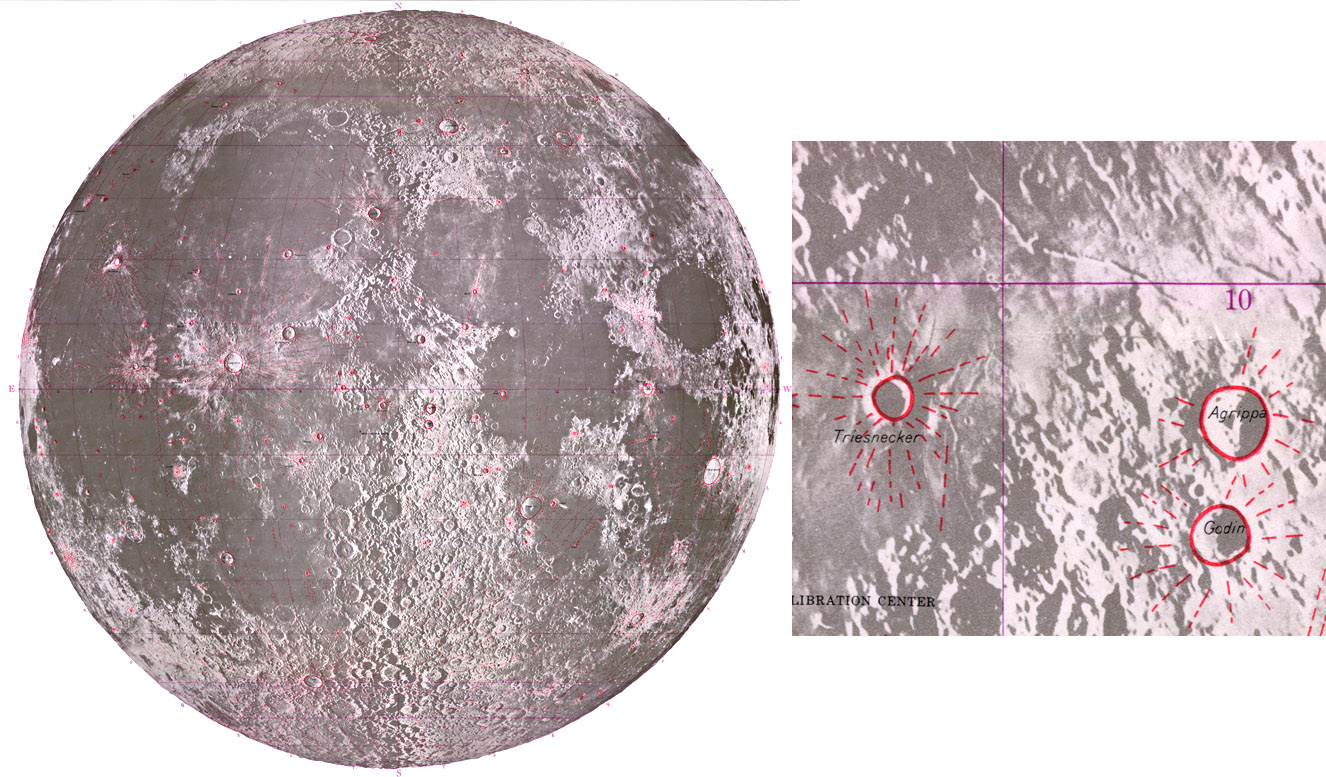 15% size image of ray map, and 100% size excerpt from Engineer Special Study of the Surface of the Moon

50 years ago as the earliest stages of lunar studies were beginning in preparation for America's lunar programs the first geologic maps of the Moon were published for the Department of the Army by the US Geological Survey. Robert Hackman and Arnold Mason compiled three maps, one general photogeologic map that divided the Moon into three units: pre-mare, mare, and post-mare, a physiographic map that classified a few dozen different terrains based on their look, and a map of rays that identified the prominent rays and their source craters. Hackman was already working with Eugene Shoemaker on the first real geologic maps of the Moon, and no further physiographic or ray maps were made in the US that I am familiar with. Soviet scientist were also making similar maps at about this time, typically with much more angular boundaries because they thought that tectonic forces shaped the Moon. I am not aware of any detailed map of rays that has been published since this ancient one. [I hope this comment elicits some I don't know of.] Amateurs could now compile from their own images and Clementine images a better map of rays. That could be the first step in a systematic study and classification of rays. Thanks to the Lunar & Planetary Institute for adding these old maps to their online collection. While you are at the LPI site look at other recent additions of images, illustrations and videos that will be valuable for talks.

Related Links
Engineer Special Study of the Surface of the Moon