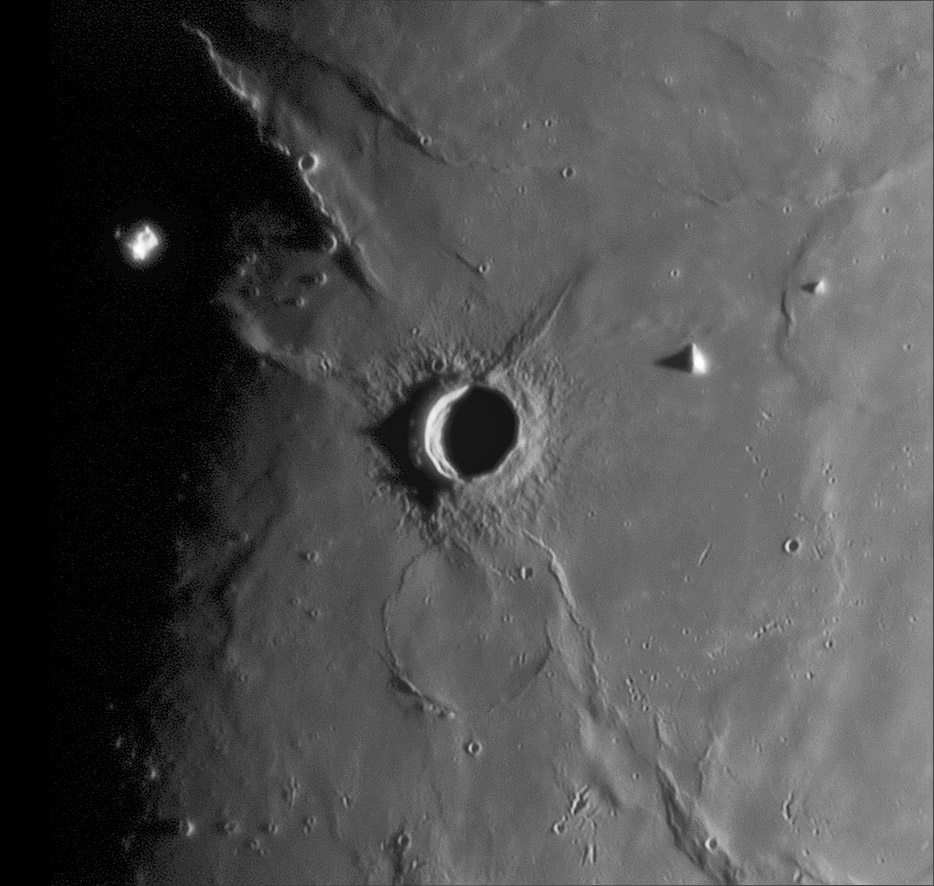 Lambert R (for ruin) is well known as a crater covered by Imbrium lavas. Presumably a 55 km diameter crater formed on an earlier and lower surface of lava flows and was ultimately buried by subsequent lava flows. Although I have seen R on a variety of prior images, on this one I notice something that I overlooked before. Do you see that the bottom half of the wrinkle-ridge circle is offset to the west (left) of the top half? On both sides of the putative crater rim there is a break in the rim ridge; a slightly diagonal line thru the two places where the rim appears to be offset could be the trace of a buried fault. It is possible that the center of Imbrium subsided due to the mass of the lavas and that a fault cut the early R crater. This is what I have speculated removed the southern half of the Sinus Iridum crater. That was a movement downward, but this is a lateral movement. Faults that separate rocks laterally are called strike-slip faults, and they are very rare on the Moon. The evidence that the rim of R has been faulted is not strong, perhaps there are other explanations. It is certainly true that no one has studied the details of how cooling mare rocks drape themselves over underlying crater rims. I wonder if models using cooling wax could provide insight to this common process?