Snow At the Pole? 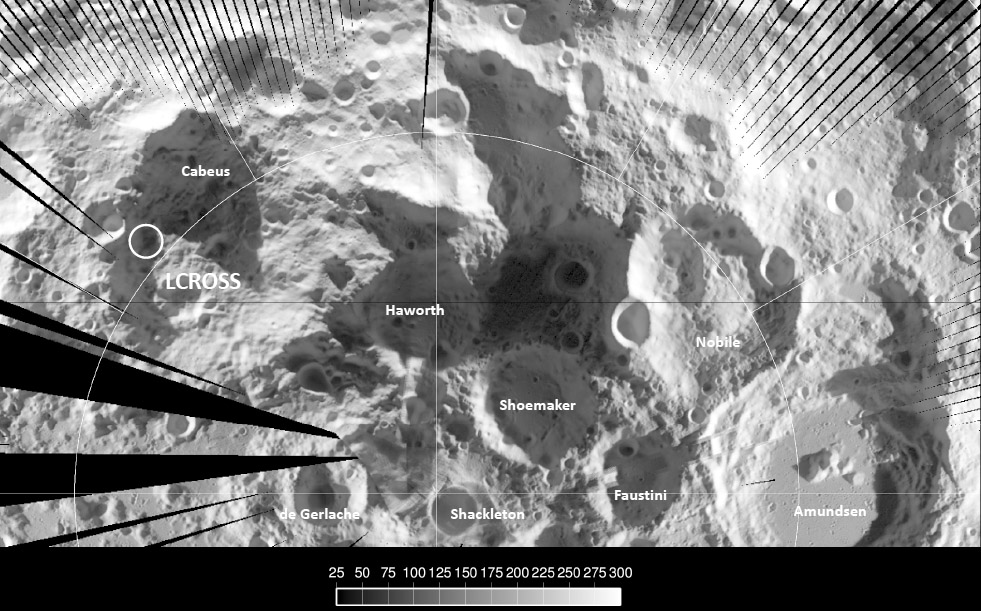 It is rare that snow is observed at the lunar south pole, and despite the way it looks, this isn't snow. The Lunar Reconnaissance Orbiter now circling the Moon carries an instrument called Diviner that images in the infrared. The signal detected is far in the IR, apparently from 50 to 100 microns. I say apparently because the caption for this image says it was obtained with the Band 8 filter, but the website doesn't number them that way. The press-release science discovery is that the permanently shadowed crater floors are colder (-238 C) than anticipated, but these images that see in the dark also provide topographic details that are otherwise invisible. Compare with the Clementine version of the image. I haven't done a detailed survey but there is nothing on the crater floors that looks unusual - if there is ice here - and LCROSS proved there is - then it doesn't show up as glaciers (no one thought it would!) or other unusual morphologies. But with higher resolution it might be possible to see some peculiarities due to vaporization of ice by small impacts.

Chuck Wood
Busy preparing a talk about Titan for the Cleveland Astronomical Society for Thursday evening and don't have time for a brand new LPOD, so this is a classic from Dec 16, 2009.


Yesterday's LPOD: Observing with a Mission